Camila Cabello sings Selena's 'Dreaming of You' in RodeoHouston debut 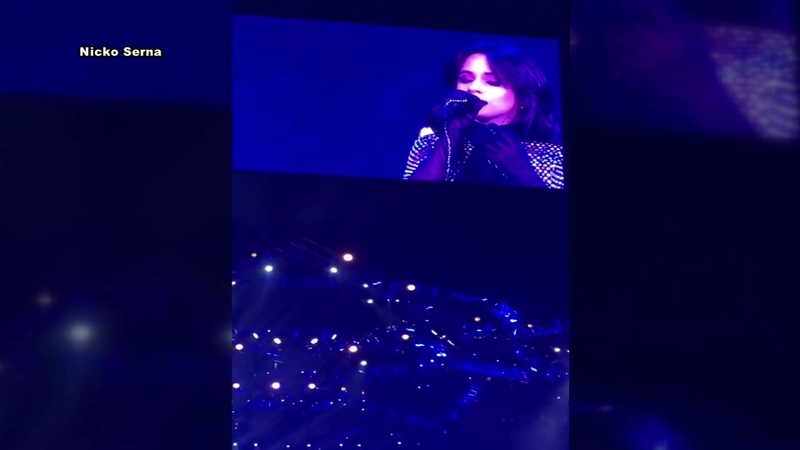 Tuesday night, Cabello became the fourth rodeo performer this year to celebrate the late singer, following in the steps of Cardi B, Prince Royce and Kacey Musgraves, who kicked off the Selena honors last week.

Cabello sang the ballad "Dreaming of You," which was released two weeks after Selena was killed in 1995.

"I need you to hear something, alright?" Cabello said to the crowd of 55,782, as the opening notes of "Dreaming of You" followed.

Cabello tweeted after the show, thanking fans for their support and asking a valid question for any rodeo fan: 'how can I sign up to be a cowgirl?'

Thank you, Houston Rodeo! I went up there and was so nervous, every time I saw a yellow NBTS hoodie I was so relieved lmao, thank you for always making me feel supported and loved, i love you guys so much!!!!!! PS, how can I sign up to be a cowgirl pic.twitter.com/QRieGyyLQw

Cabello later tweeted a video about her performance.

55,001 souls dreaming of Selena last night at the Houston rodeo. We love you, Selena 🌹 pic.twitter.com/NI6zdi7hkJ

The Selena tributes have ranged from honoring the singer by performing her songs like Musgraves who covered "Como La Flor" and Prince Royce who went with "No Me Queda Mas" to giving a nod to Selena's style, like Cardi B, who wore a fringe jacket and bustier.