WOODLAND PARK, Colorado -- A security video of a young Colorado mother shopping at a grocery store with her baby on Thanksgiving Day was released by police in hopes it will prompt new leads in her mysterious disappearance.

The video released Tuesday night by Woodland Park, Colorado, police shows Berreth, 29, entering a Safeway store near her home with her baby in a car seat. Berreth is seen getting a shopping cart before she goes out of the view of the camera.

Police officials said the video was taken at 12:27 p.m. on Nov. 22 and is the last confirmed sighting of Berreth.

While the footage does not show Berreth leaving, police said her fiancé, Patrick Frazee, the father of her child, told investigators he met Berreth later that day to pick up their daughter. Berreth and Frazee do not live together, her relatives said.

Berreth, a flight instructor, hasn't been seen since.

Frazee has yet to publicly comment on Berreth's disappearance.

Frazee's attorney, Jeremy Loew, released a statement to ABC News on Wednesday, saying Frazee had been cooperating with law enforcement. He has voluntarily released his phone to be searched and has provided a DNA sample.

Woodland Park Police Chief Miles De Young told reporters earlier this week that Frazee has been cooperating with investigators in the missing person case and that he is not a suspect.

Further deepening the mystery is a ping from Berreth's cellphone that was detected by police on Nov. 25 near Golding, Idaho, some 700 miles from Woodland Park. But police have found no other evidence of Berreth in Idaho, officials said.

De Young said that on the same day Berreth's cellphone pinged in Idaho, her employer, Doss Aviation, in Pueblo, Colorado, received a text message presumably from Berreth stating that she would not be able to work the following week.

Berreth is described as a white female with brown hair and is approximately 5'3'' and 110 pounds. She was last seen wearing a white shirt, gray sweater, blue pants, white shoes and carrying a brown purse.
Report a correction or typo
Related topics:
coloradosearchu.s. & worldmissing womanmissing person
RELATED 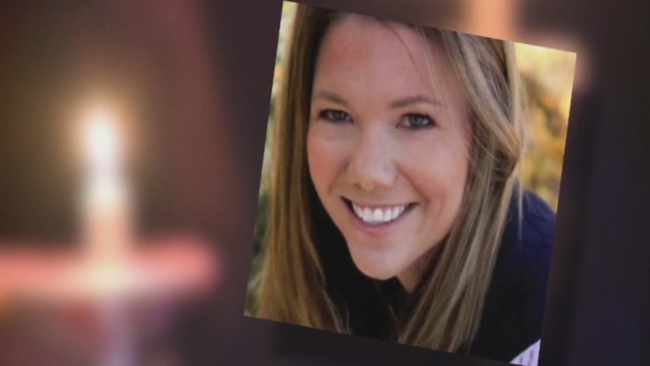 Here's when freezing weather returns to Houston
I-45 Gulf Freeway reopens after crash involving a pedestrian
Altuve booed and hit by pitch during his spring training debut
Houston Rodeo Trail Riders: Everything you need to know
How you can fight back against hackers this year
Show More
13 Investigates delayed public housing inspections
This Texas-sized castle has a moat, dungeon and 3,000 drawbridge!
Driver killed in crash had been at bar earlier, deputies say
WATCH: Video shows bikers 'popping wheelies' on South Loop
Former Egyptian president Hosni Mubarak dies at 91
More TOP STORIES News