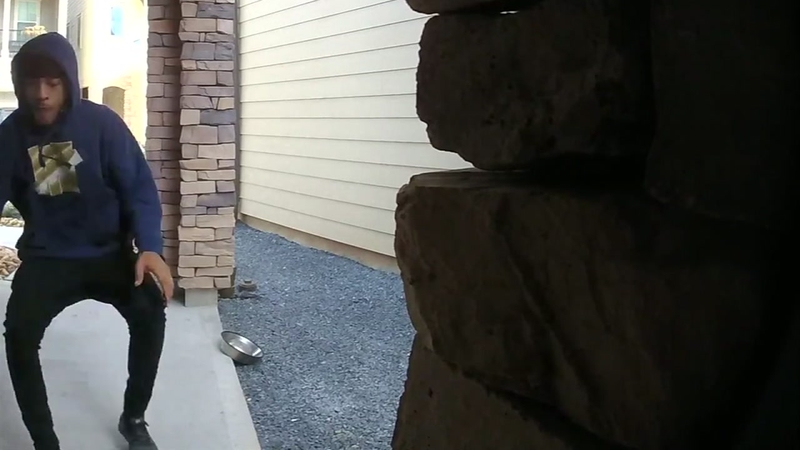 Thief takes off with elderly couple's iPad within seconds

HOUSTON, Texas (KTRK) -- An early Christmas shopping trip for a Spring Branch man and his wife Saturday afternoon turned into a robbery on their apartment doorstep when they returned home.

They had bought an iPad at the Memorial City Apple store, intending it as a gift, according to a family member.

"They saw the car with two guys inside," said their son-in-law, who asked neither he or his wife's parents be identified. "They even waved at them, because they thought nothing of it."

The man had a phone app that unlocks the apartment door, but he left his phone in the car while his wife was parking the vehicle. Because of that, he had to use his key to open the front door, and put the shopping bag down.

Security video shows a young man racing up behind him, grabbing the bag and sprinting to the waiting getaway car. From start to finish, it lasted only seconds.

"It may have been lucky that he left his phone behind and had to use his keys," said his son-in-law. "Because the bag was on the ground meant there was no physical intervention."

He said his father-in-law ran after the thief and got a license plate number on the car. After filing a police report, he learned the license plate had been reported stolen.

A GoFundMe account titled "Houston Justice Fund" has been created to buy a replacement iPad. Any extra money raised would be donated to Crime Stoppers and Houston Children's Charity. His son-in-law said that he expects his wife's dad will now be looking for his concealed carry gun permit in the wake of the incident.