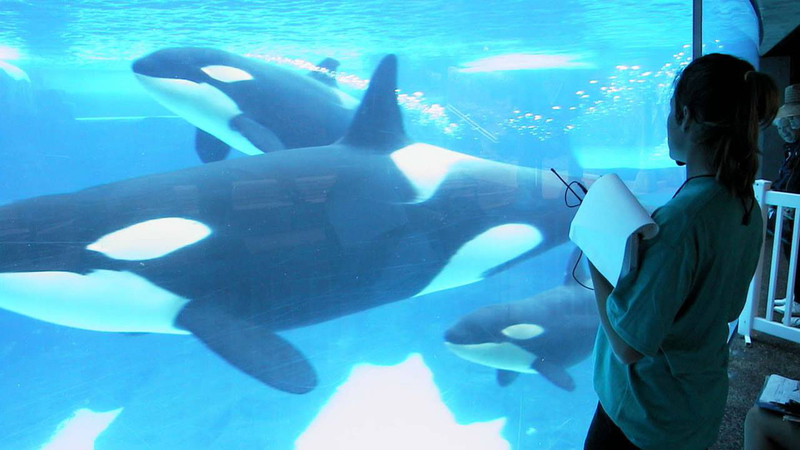 SeaWorld to phase out killer whale shows in 2016

SAN DIEGO, CA -- SeaWorld officials announced Monday that they plan to phase out the killer whale shows at its San Diego park following public criticism surrounding their treatment of orcas.

The 2013 documentary "Blackfish" suggested that captivity and SeaWorld's treatment of the whales provoked violent behavior. The negative publicity has eroded attendance at SeaWorld parks worldwide and caused stock to drop.

SeaWorld Entertainment CEO Joel Manby made the announcement during a webcast for investors, saying the shows will be replaced with a conservation-oriented orca exhibit beginning in 2017.

It will be "focused more on the natural setting, natural environment and also the natural behaviors of the whale," Manby said.

The new exhibit will be built partially with funds that had been earmarked for Blue World, a $100 million project which would have doubled the size of the marine park's orca tanks.

The theatrical whale shows will be phased out in 2016, and the new "orca experience" will have a "conservation message inspiring people to act," Manby said.

Just last week, U.S. Rep. Adam Schiff said he'd introduce a bill that would ban the capture and breeding of orcas. On Monday, Schiff told ABC7 he plans to move ahead with the bill.

SeaWorld only said it would phase out its orca shows in San Diego. The company has 13 other orcas that perform at parks in Orlando and San Antonio. There was no word on any changes there.

In the wake of SeaWorld's orca change, "Blackfish" posted the following message on its Twitter account: "Great progress happening in California!"

Meanwhile, People for the Ethical Treatment of Animals (PETA) is calling for the release of all captive orcas into "sea sanctuaries."

"An end to SeaWorld's tawdry circus-style shows is inevitable and necessary, but it's captivity that denies these far-ranging orcas everything that is natural and important to them," PETA said in a statement.

The Shamu stadium that hosted its killer whale shows were the park's main draw in the 1970s and helped build SeaWorld as a top attraction. Trainers would ride the whales in the giant pool before getting out and signaling for the orca to slap its tail in the water to splash spectators in a "splash zone."