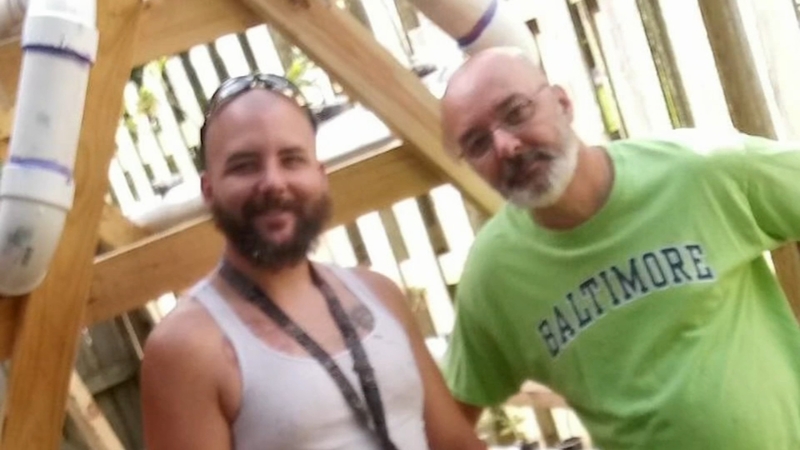 SEABROOK, Texas (KTRK) -- A man who witnessed his father drown while trying to retrieve a crab trap in Seabrook said he recalls the exact moment things took a turn for the worse.

"I looked up, I was tired, he was like, 'We're a hundred feet away,' recalled Axl Davis. 'He's like 'Son, I'm so sorry, but we're going to die here tonight."

The Seabrook Police Department was called to the 1300 block of Main Street around 3 a.m. Saturday.

Authorities say Justin Davis, 52, of Dayton, was crabbing with his son Axl in the small lagoon area in Bayside Park.

READ MORE: Father drowned while crabbing with his son at Bayside Park in Seabrook

As Justin went to retrieve a crab trap, he was pulled under the water. Axl said he attempted to pull his father from the water, but he never resurfaced.

Axl made it to shore and was able to flag someone down to call 911.

"It all felt like a bad dream and I'm about to wake up anytime now," said an emotional Axl.

Axl said he and his father weren't wearing life jackets, but he says he will from now on.

He also plans on getting back on the water to honor his dad.

"He loved fishing," said Axl. "He was always a man of a golden heart. We always did things together. I love the water and to not go back in it, he would just be like 'Why not? Why wouldn't you go back in?'"