Biden pushes forward on transition despite Trump's blocking after 2020 election

Biden stepped away from his closed-door planning only to honor the nation's fallen soldiers for a Veterans Day tribute at the Korean War Memorial in Philadelphia
AP
By Will Weissert & Steve Peoples
PHILADELPHIA -- President-elect Joe Biden quietly pushed forward with the business of preparing to become America's next commander in chief on Wednesday, ignoring President Donald Trump's unprecedented push to block his Democratic rival's transition.

Biden stepped away from his closed-door planning only to honor the nation's fallen soldiers for a Veterans Day tribute at the Korean War Memorial in Philadelphia. The president-elect, whose late son, Beau, served in the Delaware Army National Guard, made no public remarks at the small ceremony.

Biden continues to shrug off Trump's refusal to accept the election outcome, even as officials in both parties warn that the Republican president's actions could be dangerous.

President-elect Joe Biden says President Donald Trump's failure to recognize his victory is an "embarrassment." It marked the sharpest critique yet from the incoming president at the incumbent, as Trump's team has refused to formally begin preparations for the transition.

Raising unsupported claims of voter fraud, Trump has blocked the incoming president from receiving intelligence briefings and has withheld federal funding intended to help facilitate the transfer of power. Trump's resistance, backed by senior Republicans in Washington and across the country, could also prevent background investigations and security clearances for prospective staff and access to federal agencies to discuss transition planning.

Biden was not expected to deliver public remarks on Wednesday, but he sought to lower the national temperature the previous day as he addressed reporters from his makeshift transition headquarters near his home in downtown Wilmington.

He described Trump's position as more of an "embarrassing" mark on the outgoing president's legacy than a genuine hindrance, predicting that Republicans on Capitol Hill would eventually accept the reality of Biden's victory. The Republican resistance, Biden said, "does not change the dynamic at all in what we're able to do."

Additional intelligence briefings "would be useful," Biden added, but "we don't see anything slowing us down."

The measured comments come as Biden prepared to confront national crises that threaten the health, safety and economic security of millions of Americans irrespective of the political debate. Coronavirus infections, hospitalizations and deaths are surging, the economy faces the prospect of long-term damage and the nation confronts political and cultural divides.

Biden is betting that his low-key approach and bipartisan outreach - a sharp reversal from the current president's style - will help him govern effectively on Day One. But just a little over two months before Biden will be inaugurated, Trump and his allies seemed determined to make his transition as difficult as possible.

Vice President-elect Kamala Harris said each vote for President-elect Joe Biden was in support of the Affordable Care Act he helped craft during the Obama administration during a press conference on Tuesday, Nov. 10, in Wilmington, Delaware.

From his Twitter account on Wednesday, Trump again claimed that he was the true winner of last week's election and raised new unsupported claims that "corruption and dishonesty" skewed the results against him.

The Republican president's allies on Capitol Hill, led by Senate Majority Leader Mitch McConnell, have encouraged the president's accusations. Trump's tweets have been swiftly flagged by the social media networks as disputed claims about election fraud.

There is no evidence of widespread fraud in the 2020 election. In fact, election officials from both political parties have stated publicly that the election went well, and international observers confirmed there were no serious irregularities.

The issues Trump's campaign and its allies have pointed to are typical in every election: problems with signatures, secrecy envelopes and postal marks on mail-in ballots, as well as the potential for a small number of ballots miscast or lost. With Biden leading Trump by wide margins in key battleground states, none of those issues would have any impact on the outcome of the election.

America's strongest allies began to acknowledge what Trump would not.

For now, Republicans on Capitol Hill, like those in the Trump administration, are showing no desire to question Trump's unprecedented steps or cooperate with a Biden administration

Secretary of State Mike Pompeo on Tuesday predicted there would be a smooth transition - to another four years of Trump in power. And McConnell largely endorsed Trump's approach: "Until the Electoral College votes, anyone who is running for office can exhaust concerns."

Biden is spending much of the week working alongside Vice President-elect Kamala Harris at a theater near his home. He is expected to quickly name a chief of staff and start considering Cabinet appointments, though those likely won't be finalized for weeks.

Republicans are increasingly eyeing a December deadline to publicly accept the election result, giving Trump time and space to exhaust his legal challenges. That's when the states face a deadline to certify results and a Dec. 14 deadline for the Electoral College to cast its votes. It's also roughly the same amount of time it took to resolve the 2000 election dispute between Republican George W. Bush and Democrat Al Gore.

Biden's team is calling on the General Services Administration, led by a Trump-appointed administrator, Emily Murphy, to formally recognize Biden's victory. Until that happens, Biden will not receive comprehensive security briefings, transition funding or the ability to communicate with agencies to begin coordinating the transfer of power.

"Our adversaries aren't waiting for the transition to take place," said former Rep. Mike Rogers of Michigan, insisting that Biden begin receiving the president's daily briefing immediately. "This isn't about politics; this is about national security." 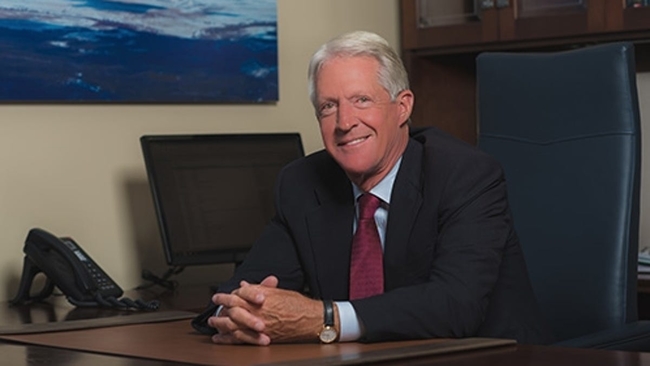