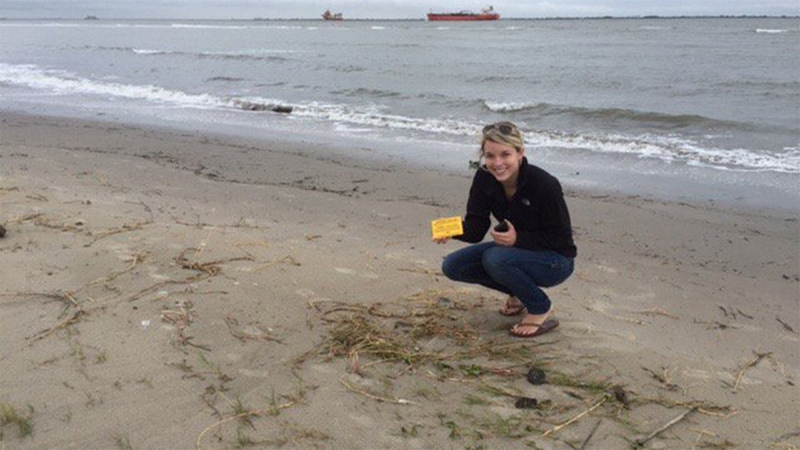 Researchers take new twist on message in a bottle trick

Scientists in the oceanography department have been dumping thousands of small, wooden cards in the Gulf of Mexico for the last few years to track current patterns. The bright yellow cards display instructions for the people who find them to report the locations to researchers at TAMU.

"The main reason for what we were doing was to try and follow an oil drop from the moment it was released at the wellhead until it ended up on the beach," Dr. Piers Chapman said.

Chapman and his team of researchers received a grant from BP after the Deepwater Horizon oil spill in 2010. Chapman said his research will help response efforts in the case of future oil spills because teams will know when and where to expect the oil sheen to arrive. They will know which areas of the coast to protect first.

So far, driftcards have been found all along the Gulf Coast. Chapman said only about 12 percent have been found. The program will continue through December 2015.