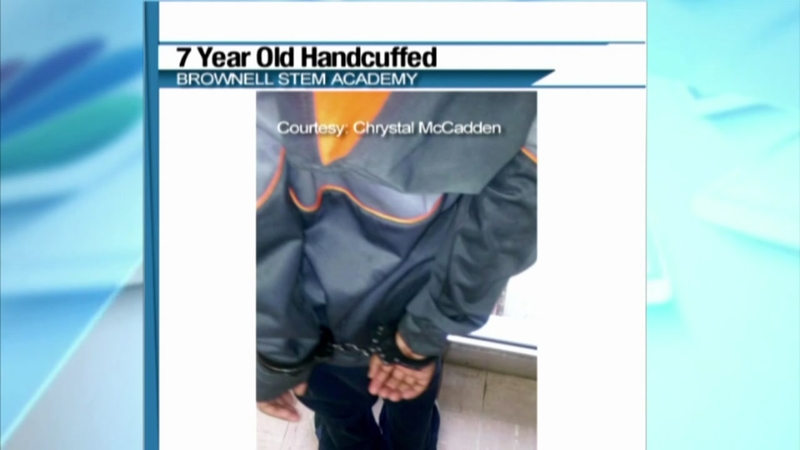 FLINT, MI (KTRK) -- Michigan mother, Chrystal McCaddem, demands answers as to why her 7-year-old son was handcuffed in school as a disciplinary action.

According to WEYI-TV, the incident happened October 12 during an after-school program called youth Quest at Brownell STEM Academy in Flint, Mich.

McCadden said she received a phone call from the school and was told to pick up her son. When she arrived, she requested to have the handcuffs removed but was told by the officer that he did not have the key.

MCcadden said her son has ADHD but is not violent.

"He don't deserve to be in no handcuffs, he ain't in here with no knife, he ain't in her with no gun," McCadden told WEYI-TV. "You put my son in handcuffs and you don't have the key, what sense does that make."

Police said in a statement, "An officer was dispatched to Brownell STEM Academy in response to an urgent call for immediate assistance with a child who appeared intent on injuring himself, as well as repeatedly assaulting others."

The Flint and Genesee Chamber of Commerce posted on its Facebook page in response to this incident.


"We take the safety of our students very seriously... We do not condone any physical interaction with our students and are glad to see that the police department is conducting an investigation. We hope that measures are put in place to ensure something like this does not happen again."