Hargrave High School sign warns teachers inside may have guns 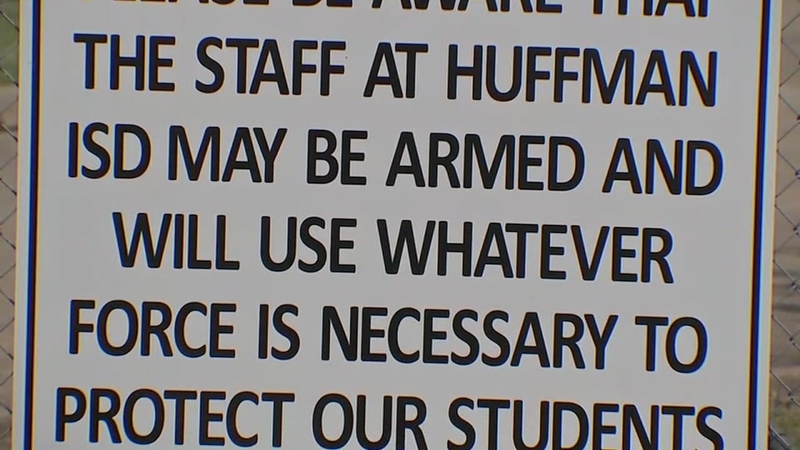 Staff at Huffman may be armed for the school year

HUFFMAN, Texas -- When Huffman ISD students return to class on Monday, some staff members will be armed.

The district implemented a school marshal program over the summer and have created signs that alert the public.

The signs are now up around the perimeter of every Huffman ISD school campus, making everyone aware that someone inside the school is probably armed.

The signs say: "Attention, Please be aware that the staff at Huffman ISD may be armed and will use whatever force is necessary to protect our students."

"Anything we can do to protect our children, we need to take those steps because it's dangerous," said parent James Stiles.

Huffman ISD school board members first discussed arming some staff during May meetings. Over the summer, the district decided to participate in the Texas school marshal program.

The school district would not talk on camera today, but did issue a statement, saying in part:
"Our school marshals have gone through an intense vetting process and a very rigorous training program. Training will be ongoing throughout the school year. The goal of the program is to provide a "stop gap" until law enforcement arrives."

Not everyone is thrilled.

"I got to agree with protecting our students, but I don't think I would want to arm our teachers. Put the law in there, or one cop or something. I don't know," said resident Angela Taylor.

The marshal program became legal after a state law was passed in 2013. It's estimated more than 150 school districts around the state participate in it to some extent.

"I think it's a good deterrent, let them know we're there to protect the kids," Stiles said.