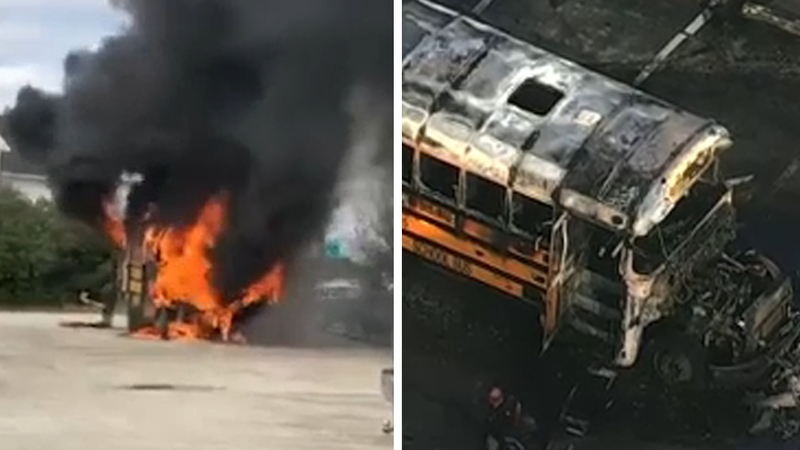 The bus driver told ABC13 the bus was carrying a total of four people, including himself.

WATCH: One ABC13 viewer caught the moment the bus appeard to explode into violent flames.

He said there was a nurse, an attendant and a student with special needs in a wheelchair. The driver said they had to lower the ramp to get the student out.

Southwest officers are at Post Oak and Bellfort on a school bus fire. The single student on board was evacuated with no injuries. 202 pic.twitter.com/cVh8g22KVK

SkyEye video from above the scene showed the charred bus as firefighters worked to put out the fire. Multiple ABC13 viewers were in the area at the time of the fire and sent in video as fire ripped through the bus.

WATCH: The fire sent black smoke billowing through the area as firefighters worked to put out the flames.