Girl, 5, dead after school bus crashes into tree in Georgia 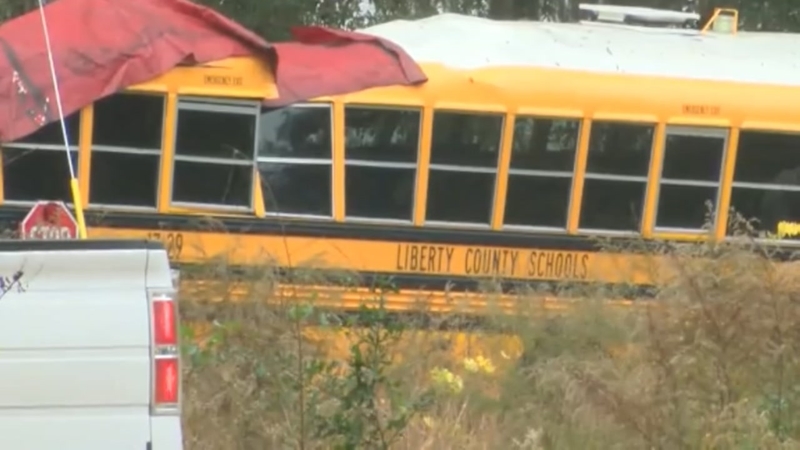 HINESVILLE, Georgia -- A 5-year-old girl was killed Tuesday when a school bus left the road and smashed into a tree in Georgia, injuring the driver and more than 20 other children.

The bus was on its morning pick-up route when it crashed in Liberty County, said Mike Hodges, the county's public safety director. The community, home to the sprawling Army post Fort Stewart, is located roughly 50 miles (80 kilometers) southwest of Savannah.

The Georgia State Patrol was investigating and said "charges are pending" in the crash, which involved no other vehicles. The agency said in a news release the bus driver had lost control, veered into a ditch and slammed into a tree. The impact caused the bus roof to cave in on the young passengers.

Twenty-two students were injured, the State Patrol said. Hodges said several were taken to hospitals, but he didn't know how many. The driver had been trapped inside the bus, and she was hospitalized after emergency responders freed her.

"My understanding is the driver had the worst injuries and the others were bumps and scrapes and lacerations," Hodges said.

Hodges confirmed roads had been foggy in the area early Tuesday. But authorities said it was too early to know if the weather played a role in the crash.