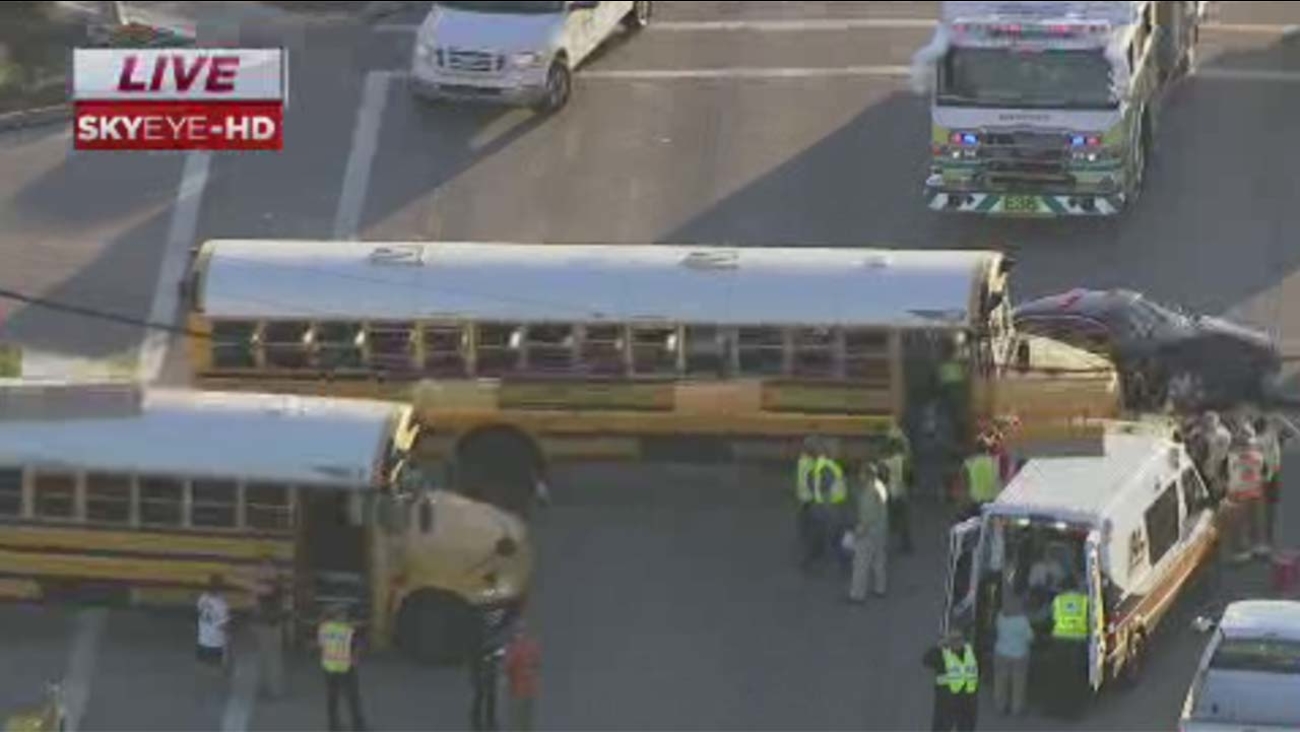 HOUSTON (KTRK) -- A school bus was involved in a crash in northwest Harris County this afternoon.

There were some apparent students in the back of an ambulance when Eyewitness News arrived on the scene.

A Klein ISD spokesperson tells us the bus involved in the accident is from Ulrich Intermediate School. Another bus from the same school is on the scene. An ambulance was called for the driver of the vehicle. A school nurse is there to check out the students. They will be loaded onto another bus and sent home, according to the school.

At least six people were transported to nearby hospitals, including the driver of the vehicle involved in the wreck.

It's unclear what exactly happened. An investigation is under way.