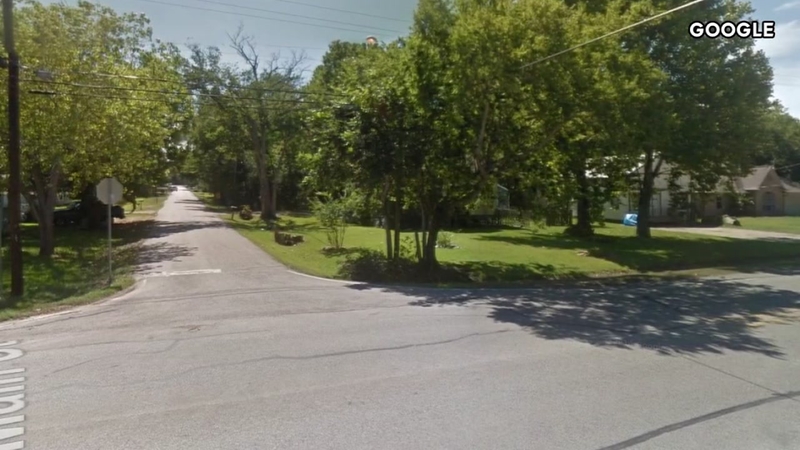 SANTA FE, Texas (KTRK) -- A Santa Fe man is in custody after police say he broke his wife's neck and severed her finger while assaulting her with a machete.

Investigators say the man was arrested Monday morning after he was found walking around quoting Bible verses while carrying the weapon.

When the man was told to drop the machete, police say the suspect walked away from officers.

Two Santa Fe police officers used Tasers on the man, who eventually dropped the machete. He was placed in handcuffs after a brief struggle with police.

Officers say the man's 46-year-old wife was also left with several lacerations to her neck and hands. The woman is expected to recover from her injuries.

Police say an unknown amount of methamphetamine was found at the couple's home.

The suspect is now facing two counts of aggravated assault with a deadly weapon, and one count of resisting arrest.

Police have not released the name of the suspect.
Report a correction or typo
Related topics:
santa fearresttexas newsassaultmachete
Copyright © 2022 KTRK-TV. All Rights Reserved.
TOP STORIES
Daylight shows home destroyed after standoff with shooting suspect
What we know about man accused of shooting 3 HPD officers
Suspect arrested after 30-minute chase ends on I-45 in Texas City
Clouds clearing today, sunny through the weekend with rain next week
5 people charged in connection with Pct. 5 corporal's murder
How many times can I reuse my N95 mask?
Decades after TV anchor disappears, convicted rapist denies connection
Show More
Driver dies after slamming into 18-wheeler's trailer on US-59
Woman shot in the shoulder during robbery set up in SW Houston
Prepare for a major closure at I-69 and 610 West Loop this weekend
Officers escort body of corporal killed in ambush to funeral home
ABC13 obtains HPD scanner traffic of chase that led to shootout
More TOP STORIES News