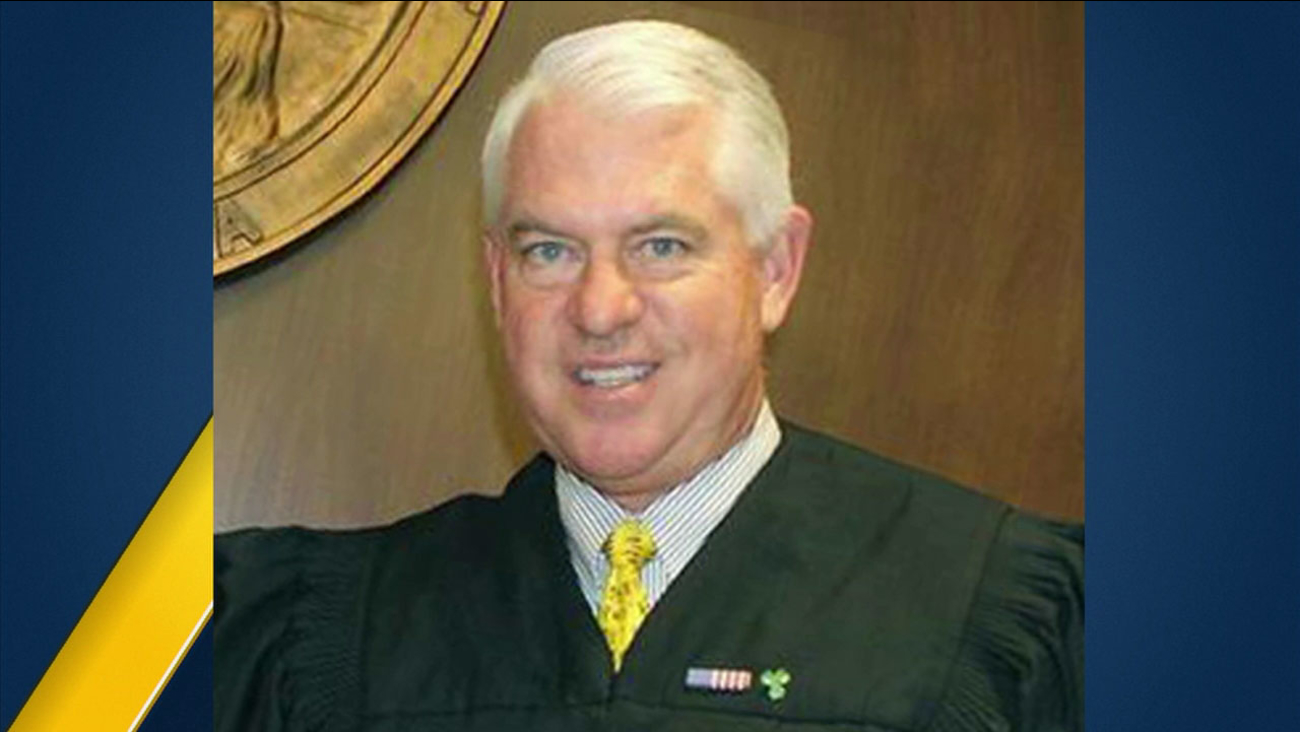 SANTA ANA, Calif. -- An Orange County judge who imposed less than half the mandatory sentence on a man convicted of sodomizing a 3-year-old girl was ordered to re-sentence him.

In 2015, Judge Michael Marc Kelly sentenced 21-year-old Kevin Rojano-Nieto to 10 years in prison, rather than the mandatory punishment of 25 years to life.

On Tuesday, an appellate panel handed down an order for Rojano-Nieto to be re-sentenced to the mandated term. A formal resentencing date was not yet set.

On June 4, 2014, a then 19-year-old Rojano-Nieto was playing video games in the garage of his Santa Ana home when the little girl he is related to wandered into the area. At some point, he became sexually aroused by the toddler, pulled her pants down and assaulted her, according to officials at the Orange County District Attorney's Office.

Kevin Jonas Rojano-Nieto, 20, is shown in this undated photo. He was convicted of sexually assaulting a 3-year-old girl and received a 10 year prison sentence on April 3, 2015.

During the assault, the girl's mother was looking for her and attempted to get into the garage, but it was locked. The mother then searched for her daughter in a neighbor's home. Rojano-Nieto is said to have put his hand over the girl's mouth to keep her from crying for her mother. He then made the toddler touch his penis.

The judge said while looking over the facts of Rojano-Nieto's case there were no indications that the attack was intentional. He added that the defendant "almost immediately" stopped and "realized the wrongfulness of his act."

The judge also cited a doctor's report that stated Rojano-Nieto had a difficult and abusive childhood that made him an "insecure, socially withdrawn, timid and extremely immature young man."

Kelly's ruling angered a lot of people, with some calling for his resignation.

"The Orange County District Attorney's Office applauds the decision by the Court of Appeal, Fourth Appellate District, Division One, which recognizes that the legislature's mandated punishment of 25 years to life for committing sodomy on a toddler is a constitutionally valid sentence designed to protect the most vulnerable victims in our community," Orange County District Attorney Tony Rackauckas stated. "This was a good day for child victims of brutal sex assaults and the people of Orange County."