'It's beautiful': Family and friends gather to pray for 13-year-old hit and run victim 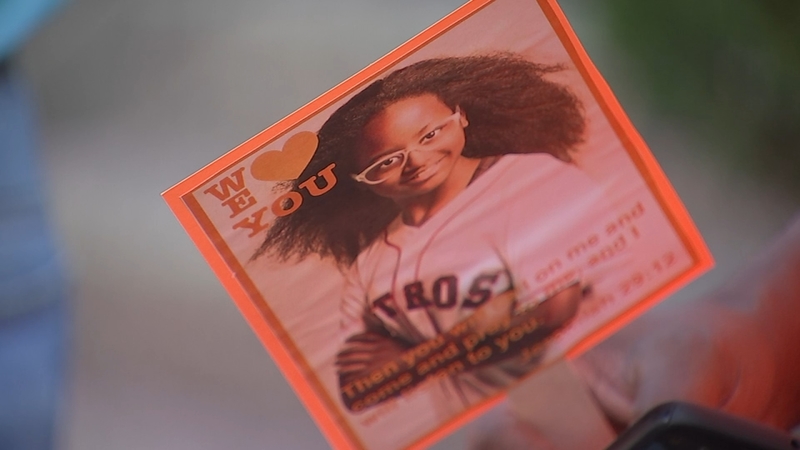 HOUSTON, Texas (KTRK) -- The road to recovery is long, but the 13-year-old girl who was hit by a car on Wednesday is showing signs of improvement.

Sandra Mosley-Banks said her daughter, London Banks, was more alert this morning than she has been.

The teen was hit by a car Wednesday when she was walking on Ella with her brother. The two were headed home after getting an ice cream and soda from the convenience store.

Saturday, family and friends joined together to lift London up in prayer.

"It feels really great to know that we have the community behind us and supporting us," Mosley-Banks said. "It's beautiful."

Dennis Sigut was one of the people at the prayer rally. He met London once more than three years ago when she was on a field trip at a park in the Heights.

"This little girl comes up to me and says, 'I like your dog,''' Sigut recalled. "We started talking. I said, 'Thank you.' A few minutes later, she said, 'I like your hair,' because I had just gotten a haircut."

He said she left an impression on him, because she seemed special.

When he saw her picture on the news saying she had been hurt, Sigut said he knew he had to find a way to get in touch with her family.

"I was just devastated," Sigut said. "I couldn't sleep that night. I was so glad when I saw last night that they were going to have this service."

Mosley-Banks said she also prayed for the person who hurt her daughter.

Friday, she said she got an update from detectives and said she feels hopeful about the progress in the case.