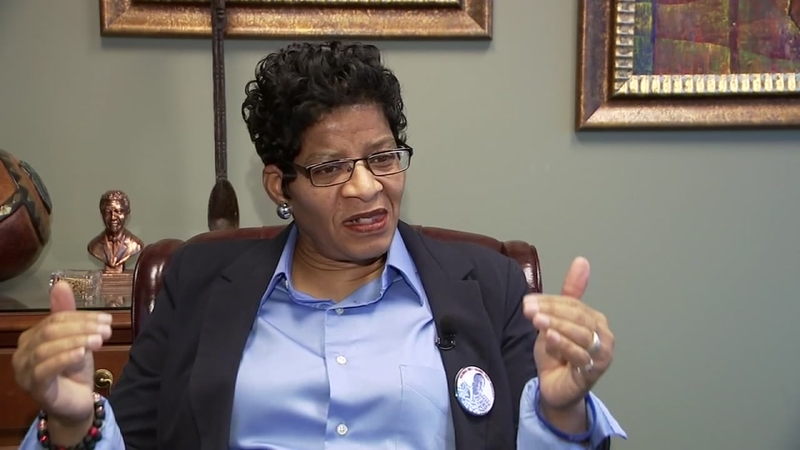 HOUSTON (KTRK) -- The family of Sandra Bland is in Houston for a hearing in the civil lawsuit against Waller County, DPS and the trooper who arrested Bland.

Bland's mother, Geneva Reed-Veal, spoke exclusively to Eyewitness News in advance of Thursday's hearing and said she is continuing her daughter's efforts to speak out against racial injustice.

Reed-Veal said she does not hate all police officers, but she knows there are bad ones out there who need to be removed from the force.

"No more. We're not gonna take it. And so wherever it is that I can speak, I'm going to speak out. And so I tell people, if you're angry, if you're really angry, get angry enough to move, get involved in the movement and move," Reed-Veal said, "I am not an advocate for any type of violence, not at all. Because I totally believe God's gonna handle it all."

On Thursday afternoon, the judge ordered the FBI to hand over the Texas Ranger's investigative report for him to review. If he decides it's relevant to the civil case, he will allow Bland's attorneys to view it.

"It is my anchor in God, I have to tell you, that keeps me sane," she said.

The attorney for Wailer County wants to divide the lawsuit, saying Bland's arrest and death in jail are two separate incidents. Bland's attorneys argue it's all connected.

The judge has not made a ruling yet, but Bland supporters will be here every step of the way.

"Everything Sandy wanted to accomplish in life, she has now done in her passing. It's a scary thing, but you have to be in a place spiritually where you can see it. I can see it. And so I'm thankful for that, and that's what's keeping me going," Reed-Veal said.