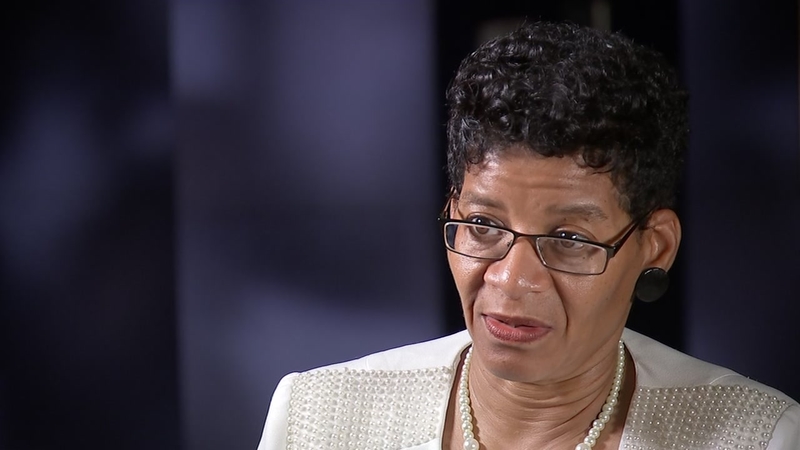 HOUSTON (KTRK) -- Sandra Bland has become a household name after her death in the Waller County Jail.

Her mother, Geneva Reed-Veal, spoke with Eyewitness News exclusively about the controversy surrounding her daughter's death.

"I had 29 people at my home for dinner Sunday," Reed-Veal said, "Sandy's seat was empty. That's the real truth and that shouldn't be."

She and her family are filing a lawsuit against the trooper who arrested her daughter and the Waller County Sheriff's Office in hopes of getting answers. Reed-Veal said the first time she heard her daughter was in jail was Saturday, July 11.

"She didn't call us immediately. She called her local folks here first," Reed-Veal said. "OK, so she knew if she got a call from home, things would be worked out. We were waiting on her to call Sunday. We never got a call from Sandy Sunday."

Bland admitted to struggling with depression on the jail intake form. Her mother said she isn't aware of any previous diagnosis.

"Who do you know that hasn't had something go on in their life, where they literally rolled over and said, 'I'm not getting up today'? Who do you know that hasn't had that experience?" Reed-Veal said. "I've had that experience; does it mean I'm crazy? Absolutely not. Does it mean I have a mental illness? No. It means I had a bad day at that time, and when I got up out of that bed eventually I was OK."

Reed-Veal said she is able to carry on because of her faith in God. She said she chooses to focus on positive memories of her daughter.

Reed-Veal said her daughter stood up for what is right.