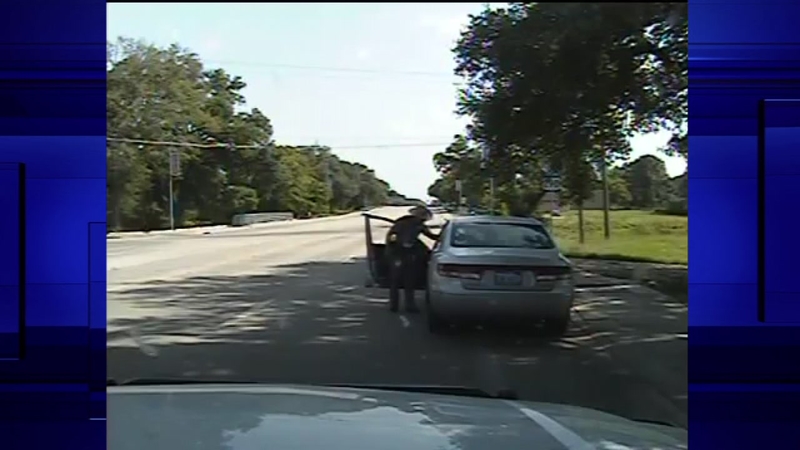 HOUSTON (KTRK) -- We're getting closer look at the trooper at the center of the controversial arrest of Sandra Bland, the 28-year-old woman who authorities say hanged herself inside a Wailer County jail cell three days after a traffic stop arrest.

It appears trooper Brian Encinia did not have any longstanding problems on the job. Granted, he was newly hired, but in one review of his job performance, he was called "courteous".

According to the 30-year-old trooper's personnel file, he was mentioned to have "good problem solving skills." We saw a very different trooper Encincia during the infamous traffic stop that involved Sandra Bland on July 10. He arrested Bland who, according to autopsy reports, killed herself days later in her jail cell.

Digging deeper into his personnel file, we did see a disciplinary mention during a performance evaluation in September 2014. His supervisor wrote Trooper Encinia exhibited "unprofessional conduct" for an incident at a school in Austin. He was told to conduct himself at all times in "a matter that will reflect well upon himself, the department (DPS) and the state of Texas."

It was suggested that a supervisor met with him periodically to ensure that was done. We still don't have details about that incident in Austin.

As far as his overall performance review, he was listed as "competent" and was praised for how he conducted himself during a chase that ended in a firearms discharge.