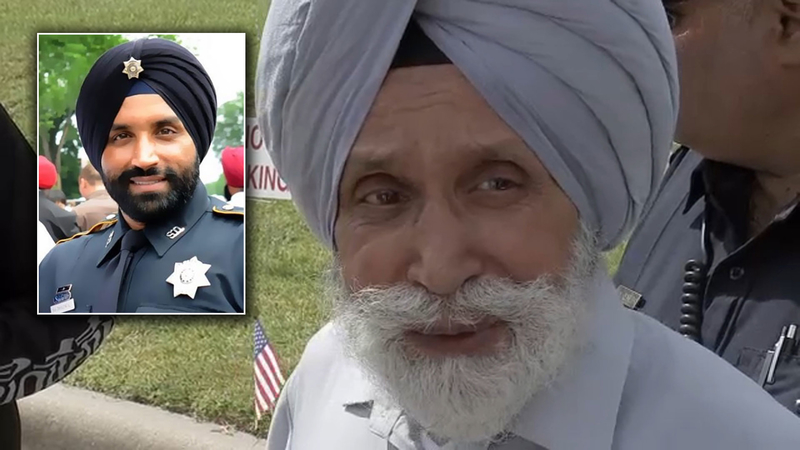 HOUSTON, Texas (KTRK) -- Deputy Sandeep Dhaliwal touched the lives of many across the Houston community before he was taken too soon, killed in cold blood during a traffic stop Friday.

Sandeep's father, Pyara Dhaliwal, visited the memorial that has sprung up near the spot where the deputy was fatally shot. Members of the community have left messages, candles and flowers to the growing site to show their appreciation for Deputy Dhaliwal.

"I lost my hero," Pyara said of his son.

Sandeep has been described as a caring, generous officer of the law, making a difference to all those he encountered. After Sandeep's own mother died last year, Pyara said Sandeep stepped into a care-giver role for his father.

Pyara wanted to make sure everyone knows how much he appreciates the outpouring of support.

"Thank you to the sheriff's department, to the community, to the whole world for the support," Pyara said. "The honor I get from the world, from this community, is priceless. But I am missing him and I will never get him back. But he is here with me."

Sandeep's younger sister, Ranjeet Kaur, joined a crowd on Saturday and lit a candle for her brother. She remembered a man who loved his job.

"He took care of everybody like his family." Deputy Sandeep Dhaliwal's sister, Ranjeet Kaur, shares memories of her brother at a special ceremony on Saturday.