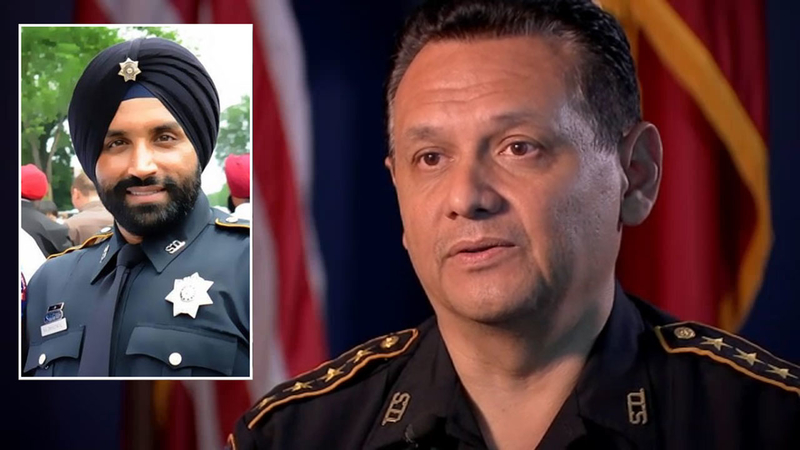 HOUSTON, Texas (KTRK) -- A situation so ugly has shown those from near and far just how beautiful Harris County Deputy Sandeep Dhaliwal's heart was. Deputy Dhaliwal was killed during a traffic stop on Friday afternoon.

"It warms our hearts to see the outpouring support at all levels," Harris County Sheriff Ed Gonzalez said.

During a one-on-one interview with Eyewitness News, Sheriff Gonzalez admitted he has not had a chance to grieve the loss of not just his deputy, but a dear friend.

"No. I mean, it seems still very surreal to me. I feel like he's still with us, you know?" Gonzalez said.

Gonzalez tells Eyewitness News that to know Deputy Dhaliwal was to love him and that his cold-blooded murder has shaken up those who suit up every day and do what he did Friday.

"It's good to talk about it. It's okay to say that we're scared, we're saddened, we're upset," he said.

As many reflect on the life and legacy of Dhaliwal, Gonzalez reminds us that this hero is not only a symbol of protection.