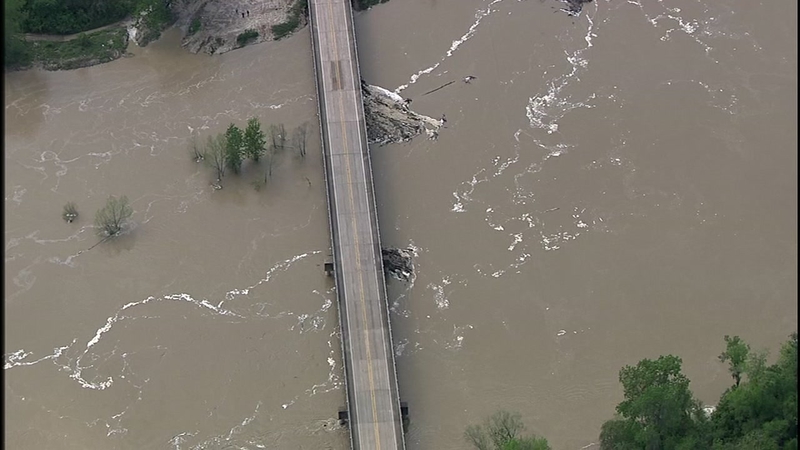 As the San Jacinto River continued to creep up Thursday morning, some homeowners in neighborhoods near the water were caught off guard.

ABC13 was by the river under Highway 59, where the water appeared to rise at least six to eight inches in an hour.

Eyewitness News reporter Jeff Ehling is in Kingwood where the San Jacinto River continues to rise.

Chris Juneau did not expect this rain event to flood his home, but the fast rising water caught him off guard.

"Between two o'clock and five o'clock this morning. it rose eight feet, so you are at 49 something right now.")

Eyewitness News talked to resident Jeff Warren who had parked near the river, but left after the water started to get too deep.

"It was in the banks 30 minutes ago. Now you see it way up here," Warren said.

Jeff Lindner, meteorologist with the Harris County Flood Control District tweeted that the flooding on the west fork of the river is coming from Spring and Cypress Creek run-off.

Current releases from Lake Conroe are NOT responsible for the flooding on the W Fork of the San Jacinto River. Current river flows are from Spring and Cypress Creek run-off #houwx #hounews

With the devastation left by Hurricane Harvey, many of the homes in the area are still being rebuilt. Some will never be the same.

It is the fear left behind by the storm that makes everyone so concerned whenever flooding is projected.