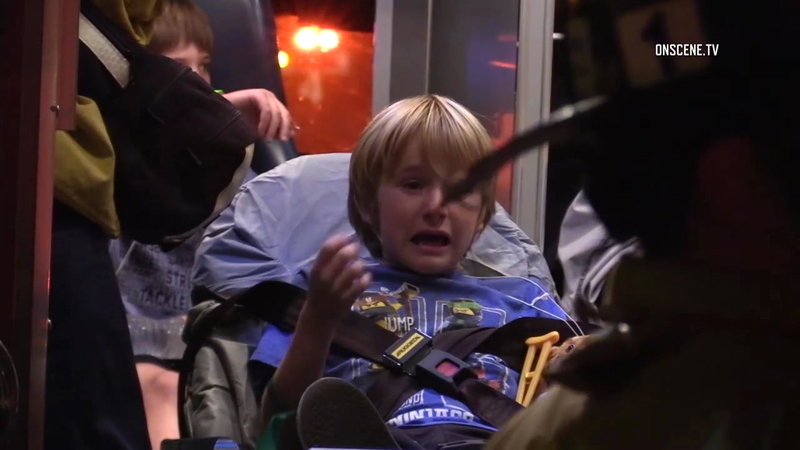 Parents described chaos after the wooden platform buckled around 7:40 p.m. on Saturday.

"It was really scary," one child told ABC News. "Everybody was crying and bleeding."

Parent Cory Brizendine told KGTV he suspected the platform wasn't very sturdy as between 30 or 40 children were called to the stairwell to get some pizza.

"The platform these kids were going up was real sketchy, you could tell it wasn't going to hold all that weight," Brizendine said.

One eyewitness described hearing a cracking sound right before the collapse.

"All of a sudden, it just crashed down and I heard people screaming when it was coming down," he said.

In all, first responders treated 23 people for injuries inside the gym.

Authorities said the injuries ranged from mild to moderate, also including a spine and a head injury.

Jordan Alvarez, 13, knows just how fortunate he was.

"I fell, luckily I landed on a cushioned pad," Alvarez said. "Luckily I didn't get hurt."