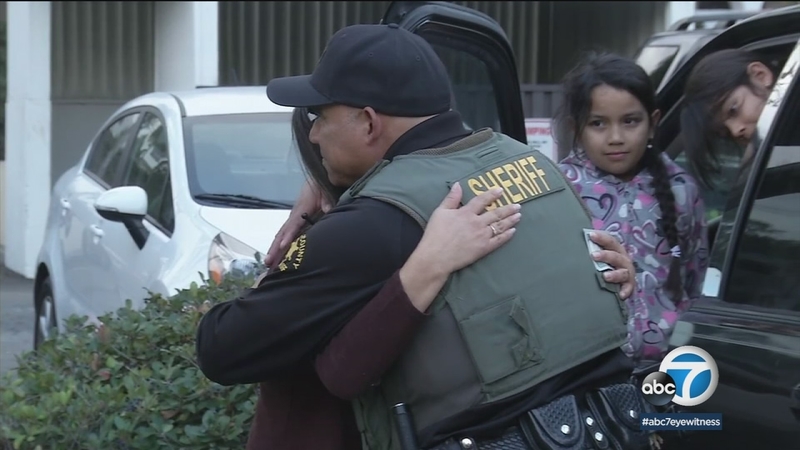 SAN CLEMENTE, California -- Sheriff's deputies in southern California were on patrol looking for drivers to pull over. Some might call it holiday enforcement, but it's not exactly what you might think.

"It's unbelievable, I don't know what to say," said Bill Hill, one of the drivers who was pulled over.

Instead of a ticket, deputies were handing out a little bit of holiday cheer in the form of $100 bills.

"We've got two of our finest deputies in the city to locate those folks and give them some money to make Christmas a little easier," said Lt. Michael Peters, OCSD's police chief in San Clemente.

For the third year, an anonymous donor gave more than $18,000 to the department's "Trauma Intervention Program (TIP)" with the condition that it must be given to people in need.

They gave gifts to people like Dima Rafoul, a full-time student who works two jobs to pay her way through college.

"I've never had anything like this happen to me before so it's just...I'm still having a hard time breathing," Rafoul said.

Not all of the giving is random. Some of the "Secret Santa" recipients are people the deputies have met on patrol and through some serious calls.

On one ride-along, they stopped a mother of two who works numerous jobs, a second-grader who's going through a tough time at home and a single mother of five. All of them were handed a little Christmas joy.

For the deputies, this was a chance to leave a stop with a smile and a hug.