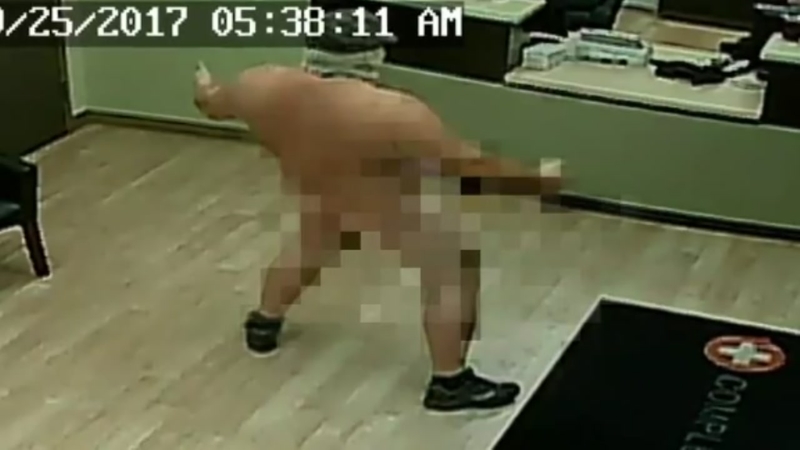 SAN ANTONIO, Texas -- Police in San Antonio are desperate to find a man who has been exposing himself to women for two years.

A photo of the man, wearing only tennis shoes and a bandana on his face, was released by police in hopes that someone can identify the suspect they call "the Stone Oak flasher."

Sgt. Michelle Ramos told WOAI that the man is getting more aggressive, "He's causing concern because he had become a little more aggressive in the sense that he stayed outside at first and now he is actually going into the location and exposing himself."

Police describe the man as heavy set, between 40 and 50 years old, about 5 feet, 9 inches tall, and weighs approximately 250 pounds. They believe the man drives a black or blue Toyota Tundra.
Report a correction or typo
Related topics:
san antoniotexasflashersex crimes
TOP STORIES
Boston-bound jet crashes on takeoff west of Houston with 21 on board
Houston executive 1 of 21 on board jet when it crashed in field
How residents in this Harris County neighborhood became numb to crime
Loved ones remember mom of 3 killed during home invasion
Big warm up ahead but another cool front in the forecast
Alvin Community College offers way to tap into oil and gas
Friendswood gas fire put out after more than 5 hours since eruption
Show More
Aviation weighs in on what might have gone wrong in plane crash
Jan. 6 panel votes to hold Steve Bannon in contempt
Astros vs. Red Sox: Houston ties the series after 9-2 win over Boston
Unsolved: A Life Never Lived
Alvin Community College gives inmates way to earn a second chance
More TOP STORIES News