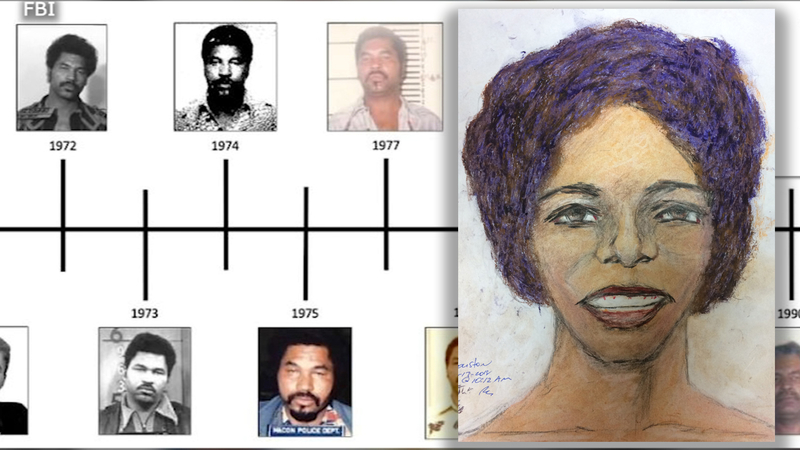 Eighteen months ago, a Texas Ranger traveled to a California State Prison to ask convicted murderer Samuel Little about a cold case.

Denise Brothers was a prostitute who went missing in 1994 in Odessa, Texas. Little confessed to murdering her and his confessions didn't stop there.

Little, 79, has now admitted to killing 93 people, including a Houston woman. Last year, Little told an HPD cold case investigator he killed an African-American female prostitute in her early 20s either between 1976 to 1979 or as late as 1993.

"We still have yet to identify her, so she is a Jane Doe at this point," said Sgt. Richard Rodriguez, regarding the investigation in November 2018.

The FBI announced Sunday Little is the most prolific serial killer in U.S. history. He has killed more people than Ted Bundy and John Wayne Gacy combined.

Little says he killed in more than 15 states, mostly in California and Florida.

Now the FBI needs help identifying the rest of his victims. The agency released five sketches of unknown women, drawn by Little himself.

"For many years, Samuel Little believed he would not be caught because he thought no one was accounting for his victims," said ViCAP Crime Analyst Christie Palazzolo. "Even though he is already in prison, the FBI believes it is important to seek justice for each victim to close every case possible."

Little has been convicted of at least eight murders and is serving several life sentences in a California prison.

Little, who also went by the name Samuel McDowell, targeted vulnerable women who were often involved in prostitution and addicted to drugs, authorities have said.

If you have any information linked to Little's confessions, please contact the FBI at 1-800-CALL-FBI or submit a tip online at tips.fbi.gov.

To see Little's sketches and to read detailed descriptions of the unnamed women he's confessed to killing and the stories about how he met them, visit the FBI's website.