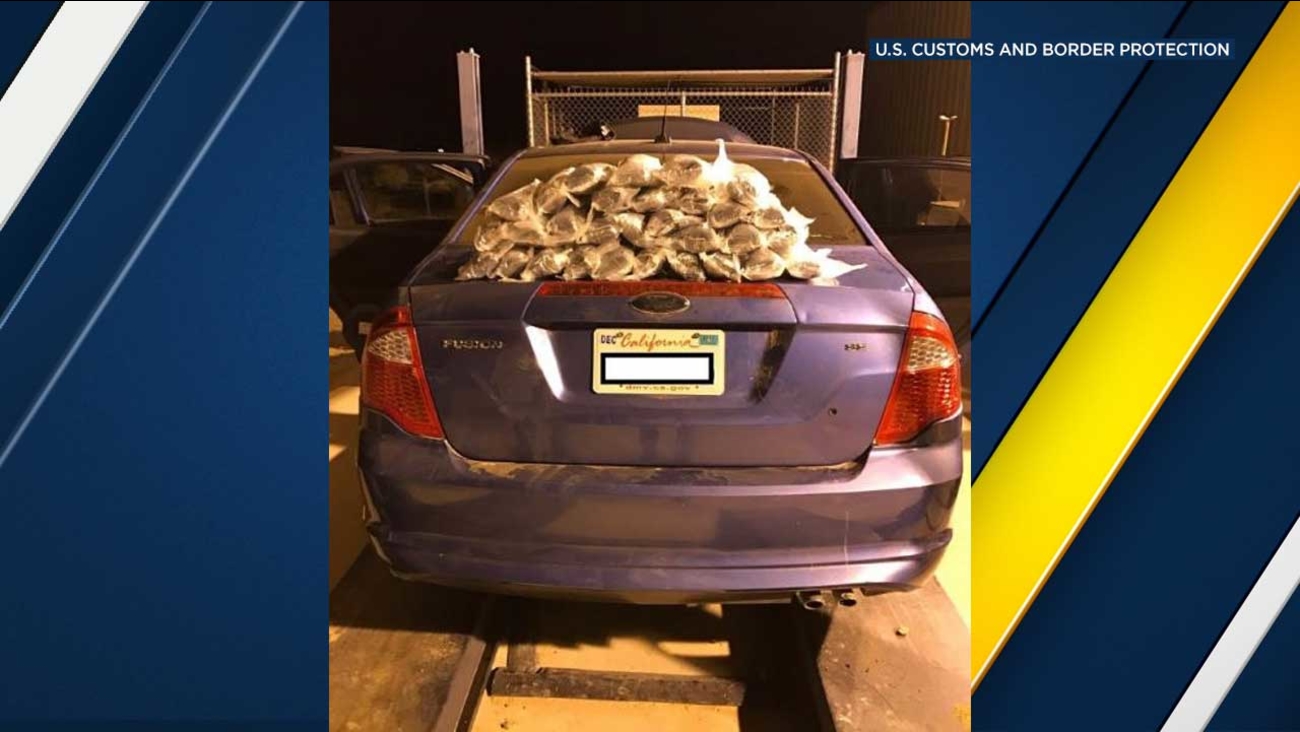 Packages containing methamphetamine were found in a car gas tank by Border Patrol agents at the Highway 86 checkpoint in Salton City on Monday, Feb. 6, 2017. (U.S. Customs and Border Protection)

SALTON CITY, Calif. -- Border Patrol agents in Salton City arrested a man who they say attempted to smuggle more than 40 pounds of methamphetamine in the gas tank of his car.

According to agents assigned to the Highway 86 checkpoint, a 19-year-old U.S. citizen approached the checkpoint in a blue 2010 Ford Fusion Monday around 3:40 a.m.

He was referred to a secondary inspection, during which a K-9 team alerted to the undercarriage of the car.

RELATED: You won't want to try meth after you see what it does to your face

Upon further inspection, agents discovered 30 packages concealed in the gas tank of the vehicle. The substance inside the packages tested positive for methamphetamine.

In total, authorities found 43.46 pounds of methamphetamine, which has an estimated street value of $173,840.

The man was arrested and turned over to the Drug Enforcement Administration for further investigation.