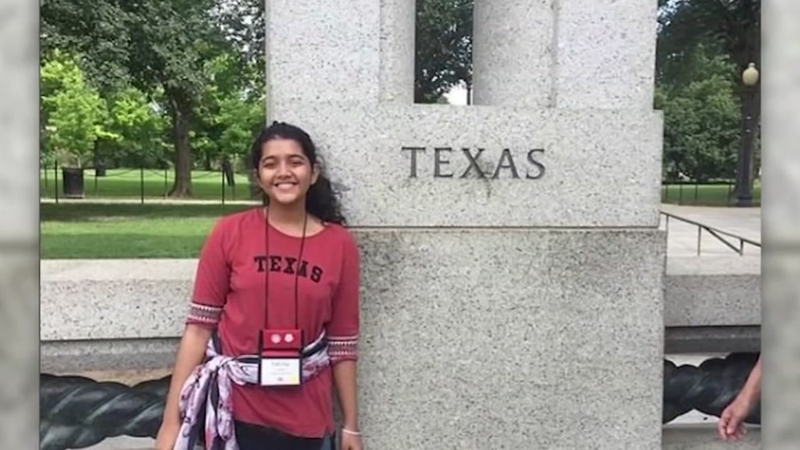 SANTA FE, Texas (KTRK) -- The parents of a Pakistani exchange student who was killed in the mass shooting at Santa Fe High School back in May are suing the parents of the accused shooter.

Sabika Sheikh, 17, was one of the eight students who died when Dimitrios Pagourtzis allegedly opened fire, killing two substitute teachers and injuring 13 others.

The suit has been filed just days before Sabika's birthday on Dec. 1. She would have turned 18.

"As unfortunate as it sounds, we wanted this to be our gift to her," said Sabika's cousin Shaheera Albasit.

Albasit, who accompanied Sabika's body back to Pakistan, said they were raised in the same house and felt more like sisters.

"Everyday brings a new realization of what we've lost," she said.

The legal filing alleges Antonio Pagourtzis and his wife, Rose Marie Kosmetatos, were negligent in storing the weapons their son used in the shooting and that they ignored warning signs.

"My clients are truly heartbroken over the horrific loss of Ms. Sheikh and all of the victims of the May 18th tragedy, and our hearts go out to their families and the community. While it is perhaps natural for those looking for someone to blame for the acts of a child to point the finger at the parents, the fact is that many of the allegations concerning my clients are either inaccurate or wholly untrue. The legal theories they are putting forward are premised on facts that just aren't there. We must let the legal process play out, but I have every confidence that it will become clear to the court that my clients were not negligent and could not have predicted what occurred."

Authorities say Pagourtzis was armed with a shotgun and a revolver. He also had explosive devices, including a Molotov cocktail, Gov. Greg Abbott said following the shooting.

Sabika's parents are part of the lawsuit that includes at least two other families whose children were killed in the shooting.

Sabika was three weeks away from returning home to Pakistan after spending a year studying abroad in the U.S. as an exchange student when she was killed.

"This family needs prayers more than anything," MJ Khan said.

Khan is the president of the Islamic Society of Greater Houston. He said Sabika's parents hope to create a foundation to promote her ideals of diplomacy.

"That's where they want to continue the legacy because they feel that's the best way to keep Sabika alive," he said.

"I have a double sense of responsibility with my own life, but also to live the life she could have lived," Albasit said.

"No other parent should ever have to experience this unbearable grief," said Abdul Aziz and Farah Naz, Sabika's parents. "Sabika's picture is in front of our eyes every single moment, and her voice and laughter echo in our ears."

Sabika's death marked the beginning of a new life for Albasit. One that she's determined to use to make a change.

"An increased sense of responsibility for gun owners, but also for people at home when you have a loved one who is behaving differently, when you're seeing warning signs in people around you, to speak up," she said.

Pagourtzis is in custody on murder charges. His defense attorney says his trial is expected to start in 2019.