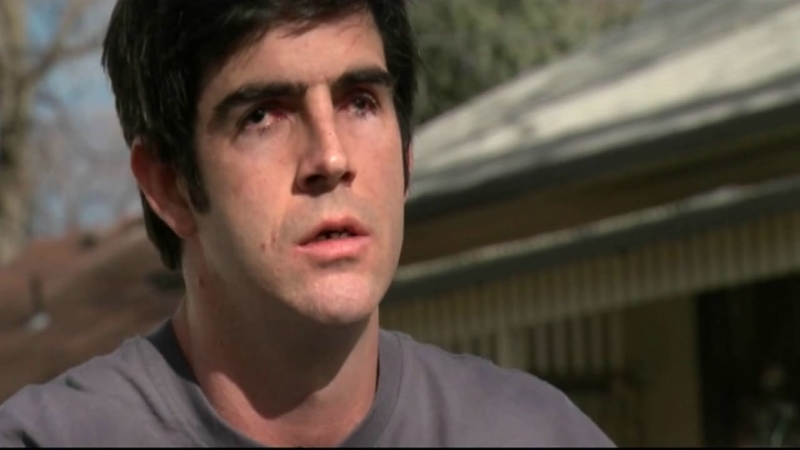 Former inmate sues sheriff after gouging his own eyes out

BOULDER, Colorado (KTRK) -- A man is suing a Colorado sheriff after he says jailers did nothing to keep him from blinding himself during a psychotic episode.

The former inmate, Ryan Partridge, suffers from schizophrenia and says he erupted in a violent episode about a year ago that ended with him forcing his fingers into his eye sockets.

The incident happened after Ryan was jailed after being resentenced for misdemeanor harassment after serving 181 days behind bars, KMGH-TV reports.

"As soon as he left the courtroom, we could hear the yelling and the screaming after the doors were closed," his father, Richard Partridge, said as he fought back tears. "And it was the last time Ryan had eyesight to see me."

Ryan's mom, Shelley Partridge, said she was told he would be kept safe, but he wasn't.

Investigators said Ryan jumped from the second-tier cells down to the floor below in one incident.

"I fell over and summersaulted to my back," Ryan said.

When jailers tried to give him his medication, Ryan refused to take it because he said he didn't trust the staff. He believed they may even try to poison him.

Four weeks later, Ryan said he stripped off his clothes one day during a fit of rage, sat down on the floor, and pressed his fingertips into his eyes.

The horrific episode left him blind.

Now he and his family are suing, saying the sheriff and his facility were unprepared to deal with inmates with mental issues.

The sheriff's office said his staff went above and beyond to help Partridge, but his father scoffed at the suggestion.

"If you can't take the heat, then maybe you should find a different occupation," Richard Partridge said.