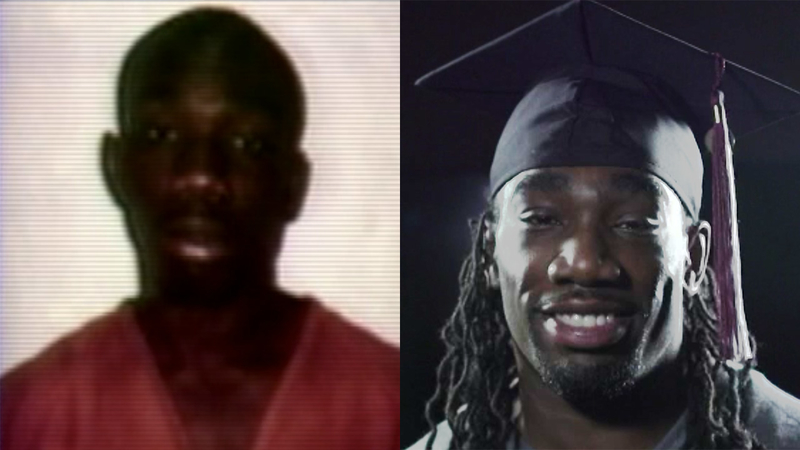 Man who spent 5 years on death row graduates from college

DENTON, Texas -- At 17 years old, Ryan Matthews was wrongly accused of killing a man. Two years later, he was sentenced to death. Now, at age 39, he's graduating from college.

In April 1997, a man in a ski mask shot and killed the 43-year-old owner of Comeaux's Market in Bridge City, Louisiana, right across the river from New Orleans.

Investigators thought Matthews, a black teenager, killed the white business owner, and he was later found guilty by one black juror and 11 white jurors, WFAA in Dallas reported.

After five years on death row, Matthews was exonerated, set free, and moved to Texas.

"All these years ago when I first came home, a reporter asked me what I wanted to do, and I told them I wanted to go to school," he said.

And he followed through on that promise to himself. On Saturday, Matthews graduated from Texas Woman's University in Denton with a bachelor's degree in applied arts and sciences.

Moved by Matthews' story, his sister and 71-year-old mother also enrolled in the university.

"So I decided to go back and pursue my Ph.D. because hopefully, I'll be able to do some legislative work and get some of that wrongful conviction and reintegration legislation changed," said Monique Coleman, Matthews' sister.

His mother, Pauline, said she's "proud, proud, proud" as she could be.

Matthews said he can feel bitter about his experience, though his feelings are nuanced.

"I am because of what happened, but I can't because it would stop me from moving forward ... I'm trying to be the best I can be," he said.
Report a correction or typo
Related topics:
societydallastexascollegeu.s. & worldwrongful conviction
Copyright © 2022 KTRK-TV. All Rights Reserved.
TOP STORIES
Daylight shows home destroyed after standoff with shooting suspect
What we know about man accused of shooting 3 HPD officers
5 people charged in connection with Pct. 5 corporal's murder
Driver dies after slamming into 18-wheeler's trailer on US-59
Woman shot in the shoulder during robbery set up in SW Houston
Prepare for a major closure at I-69 and 610 West Loop this weekend
Officers escort body of corporal killed in ambush to funeral home
Show More
Clouds clearing today, sunny through the weekend with rain next week
ABC13 obtains HPD scanner traffic of chase that led to shootout
'Tiger King' Joe Exotic resentenced to 21 years in prison
10 injured in PA bridge collapse; human chain formed to help
Bayou Bistro and Bar owner killed in Texas City shooting
More TOP STORIES News