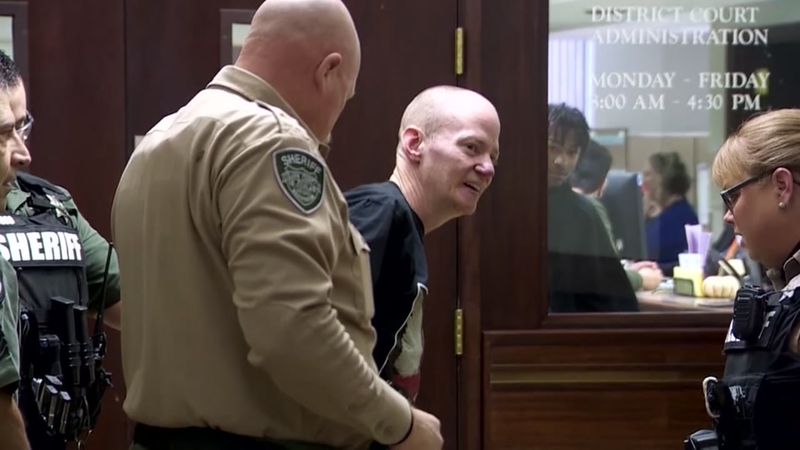 VANCOUVER, Washington (KTRK) -- It was a dramatic day in court when 37-year-old Ryan Burge appeared for the first time.

Burge is charged with killing 5-year-old Hartley Anderson. According to court records, Burge was in a relationship with the girl's mother for about three months. He was in charge of watching Hartley while her mother was at work and siblings were at school on Friday.

Police say that evening medics found the girl unconscious and "bleeding badly" with severe head trauma at her home. Police say they were told the little girl injured herself while having a tantrum. The girl later died at the hospital.

A sea of "Justice for Hartley" t-shirts filled the courtroom Monday while friends and family waited for the proceedings to begin.

The hearing quickly escalated when Hartley's father, Peter Anderson, lunged toward the bench in the direction of Burge.

He was quickly taken out by deputies, leading him away in handcuffs.

Soon after, the hallway began to fill with supporters, family and friends.

Hartley's mother became overcome with emotion and was carried out of the courthouse.