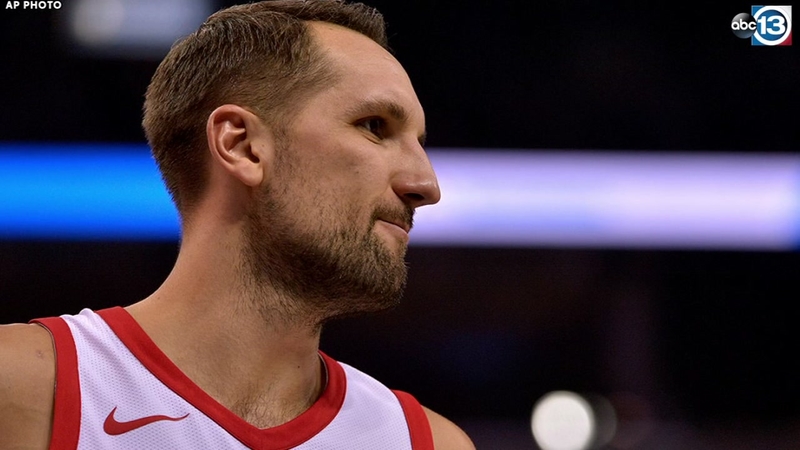 HOUSTON, Texas (KTRK) -- The Houston Rockets have now addressed a lingering issue that has plagued them for a year: unloading more than $41 million of Ryan Anderson's salary.

The team on Friday officially announced it will ship Anderson and rookie guard De'Anthony Melton to the Phoenix Suns for guard Brandon Knight and forward Marquese Chriss.

Other terms of the exchange were not immediately reported.

Anderson was due $20 million this season and $21 million next season, but reports indicate Anderson took a $5 million paycut from his salary in 2018-2019 to facilitate the trade.

His contract became an issue with the Rockets' payroll in terms of his productivity. The 6'10" forward's playing time over the last season dwindled. Anderson was a defensive liability and he got cold shooting from the floor during the playoffs.

Anderson signed a four-year contract with the Rockets worth $80 million back in 2016.

Thank you Ryan Anderson for your contributions on and off the court! pic.twitter.com/FOZ0hPkoNx

Melton was drafted in the second round by Houston in the 2018 NBA Draft. The Rockets were said to be high on the University of Southern California product during NBA Summer League.

The trade gives Houston a pair of key reserves who could work their way into the rotation. Chriss is a 6'10" power forward who averaged 21 minutes a game so far in his two years in the league. Knight, who has played seven seasons with three different teams, became a key reserve for the Suns last year, but may find trouble sharing minutes with Eric Gordon, who is the primary guard off the bench.

Knight's health is also an issue. He suffered an ACL tear last season.