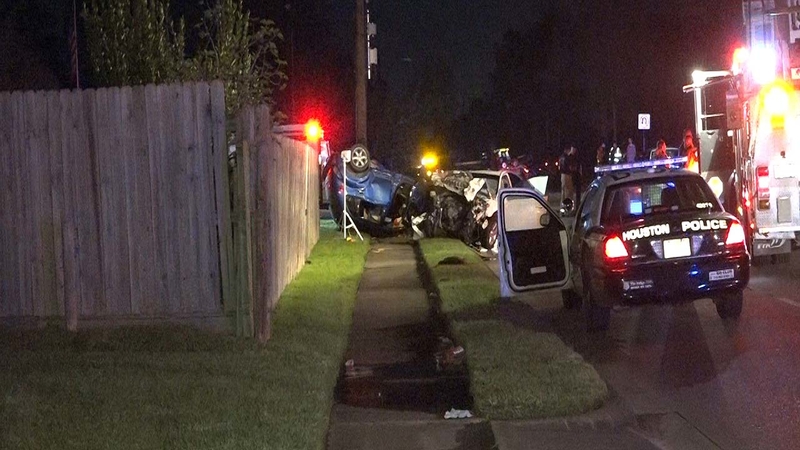 The accident happened just before 2am on N Houston Rosslyn Rd and Woodfern Drive. Investigators told us a white Nissan Altima smashed into a blue Chrysler van.

A male passenger in the van died. The female driver of that van suffered serious injuries and was taken to Ben Taub Hospital. Officers say she was at fault, as she tried to a make an illegal U-turn, causing the accident.

The male driver of the Nissan Altima suffered minor injuries.

"Everybody involved in the crash was injured. The driver of the Nissan Altima that was not at fault and received minor injuries," said Sgt. JR Roberts with HPD.

Officers say a preliminary investigation shows alcohol may have been involved. They say both drivers had been drinking.