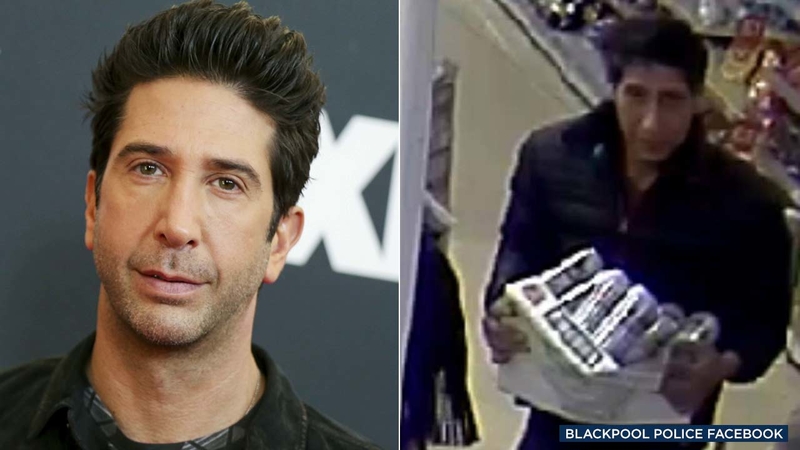 Is that you, Ross? British police are looking for a theft suspect who bears a striking resemblance to the "Friends" character.

Authorities in Blackpool, England posted a photo to Facebook, showing the culprit carrying cans of beer.

The man is wanted for a theft at a restaurant.

The picture garnered thousands of comments, referencing David Schwimmer. Some "Friends" fans even referenced a specific episode about a Ross look-alike named Russ.

One person commented, "That's clearly not Ross. They're as different as night and... later that night," in reference to a quote by Ross' sister Monica in the episode.

Police said they have ruled out Schwimmer as a suspect, saying they have confirmed the actor was in America on the date of the crime.

On Wednesday, Schwimmer posted a spoof video to Twitter and Facebook using the hashtag #itwasntme. The footage shows the actor walking through a grocery store aisle, carrying cans of beer.

"Officers, I swear it wasn't me. As you can see, I was in New York. To the hardworking Blackpool Police, good luck with the investigation."

Officers, I swear it wasn't me.
As you can see, I was in New York.
To the hardworking Blackpool Police, good luck with the investigation.#itwasntme pic.twitter.com/EDFF9dZoYR