Houston mother accused of burning, choking and drugging her own children 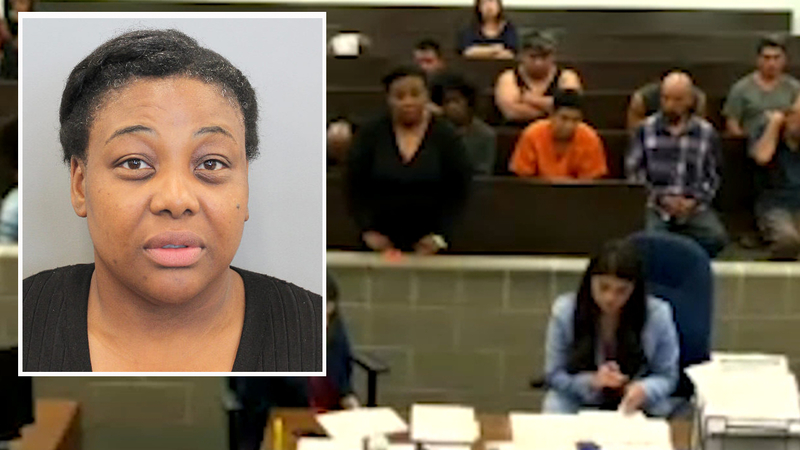 Mom accused of burning, choking and drugging her children

A mother is accused of burning, choking and drugging her own children.

Roshonda Johnson is facing several charges, including two counts of injury to a child.

She appeared in court Wednesday morning, where prosecutors said Johnson has engaged in a "prolonged pattern of abuse against these children in her care. And she is a danger to not only these children, but whoever she would care for."

According to a complaint from her 9-year-old daughter in January, Johnson held the girl's hand under burning water until her skin peeled off.

Johnson reportedly only stopped when her daughter started crying, and she waited to take the girl to a hospital.

When her other siblings broke something in the house, the girl says she got in trouble for it.

Court records show she told investigators that Johnson bent her fingers back, choked her until she stopped breathing and would lose consciousness, then wake her up by kicking her or hitting her in the face.

The 9-year-old said that Johnson would use a number of tactics to try to make her go to sleep, including placing a towel soaked in alcohol on her face and giving her blood pressure medicine almost every day.

The girl says she also saw Johnson give her other siblings medicine, and use a knife to hit her and her sister's fingers until they bled.

Johnson's daughter added that she's seen her mother choke her sister until she turned blue.