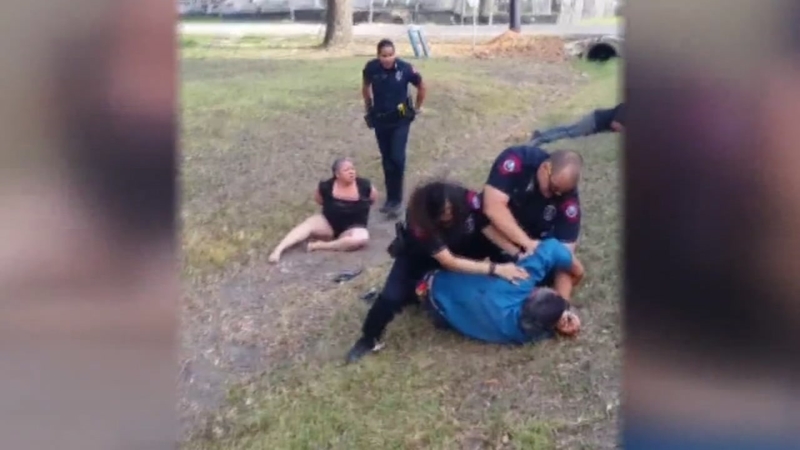 Couple claims use of excessive force

Cell phone video shows police arresting Christine and Steven Saenz in July 2014. However, the video does not show what led up to the incident.

The couple says they were sitting in a truck outside their daughter's home after an argument with her. According to Christine, police forced her out of the truck.

Husband & wife get concussions during arrests. Wondering what u think about officer actions. https://t.co/TxAiXiCqpb pic.twitter.com/Rz36wI94bq

As officers tried to restrain her husband, she attempted to get up.

"It was like when a wrestler body slams you," she said. "I don't remember anything else."

In the video, Steven Saenz was hit as he attempted to get up.

"I mean all I could feel was punches all over," he said. "My face was swollen up big time."