Houston man shot in chest during random shooting survives: 'It was just a blessing' 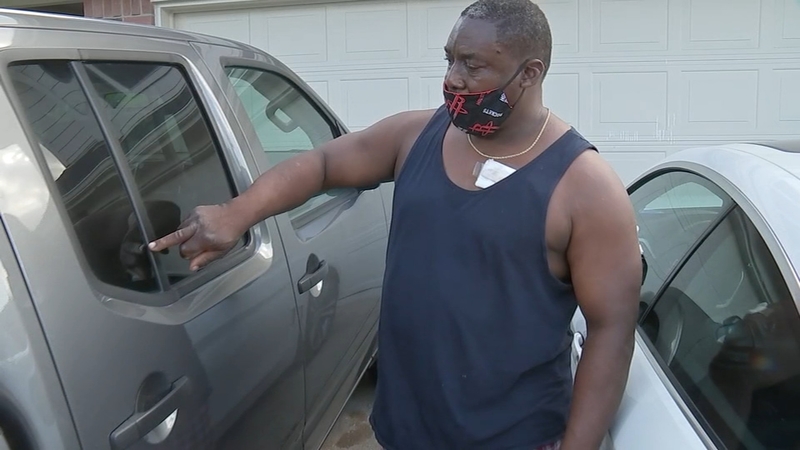 HOUSTON, Texas (KTRK) -- A Houston man says he's grateful to be alive after he was shot in the chest by a man who police say was randomly shooting at cars.

"It went through the bottom of my arm here and came out my chest," explained Campbell, who spoke with Eyewitness News after he was released from the hospital. "All of a sudden, this guy walks in the middle of the street."

He said he saw Lenor, but thought he was carrying a toy gun until he heard gunshots.

"He got a gun for real and he kept shooting and shot six rounds into my truck and he hit me twice," said Campbell. "My left arm went numb ... just went numb all of a sudden. I knew it was hit."

Lenor was ultimately detained and placed into custody by officers at the scene.

Campbell said two of his employees were in his work truck with him, but were not hit. He said surprisingly, he remained calm.

When Campbell arrived at LBJ Hospital, he said he had no major injuries.

However, he said his mind wanders off thinking of what could have happened.

Thankfully, he says, he tries to remain positive and is focusing on the blessing and the days of healing ahead.

Meanwhile, Lenor has been charged with three counts of aggravated assault with a deadly weapon and one count of a felon in possession of a weapon.