Roger the kangaroo, famously known for his buff physique, dies at the age of 12 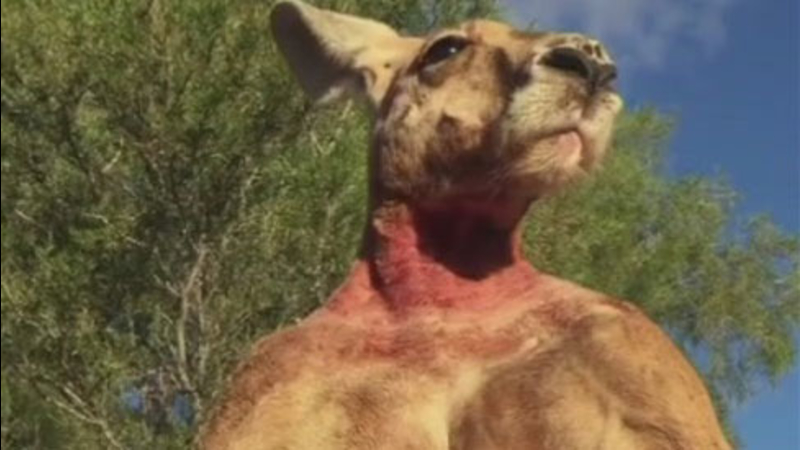 Roger, the muscular kangaroo, died at the age of 12

AUSTRALIA (KTRK) -- The kangaroo known for his buff physique passed away at the age of 12.

"We have lost our beautiful boy, Roger," Chris Barnes, owner of the Kangaroo Sanctuary in Australia, announced on Saturday on Facebook.

He was rescued by Barnes as a joey after his mother was killed on a highway.

Barnes said he was inspired to set up the 188-acre sanctuary in Alice Springs to house the famous kangaroo.

"He grew up to be a kangaroo that people from all over the world have grown to love as much as we love him, too," Barnes said.

The ripped roo became an internet star in 2015, when a photo showed him crushing a metal bucket with his paws.