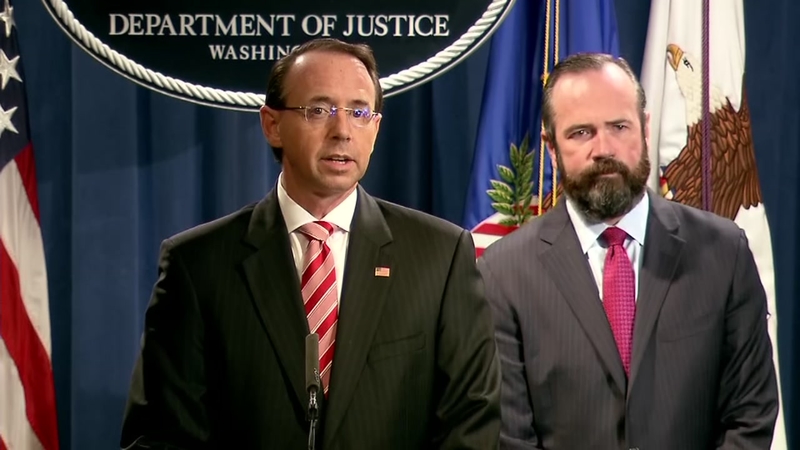 House Republicans have criticized Rosenstein for not being responsive enough as they have requested documents related to the Russia investigation as well as a closed investigation into Democrat Hillary Clinton's emails.

It's unclear if there will be an immediate vote. The articles were introduced by North Carolina Rep. Mark Meadows and Ohio Rep. Jim Jordan, frequent critics of the Justice Department.