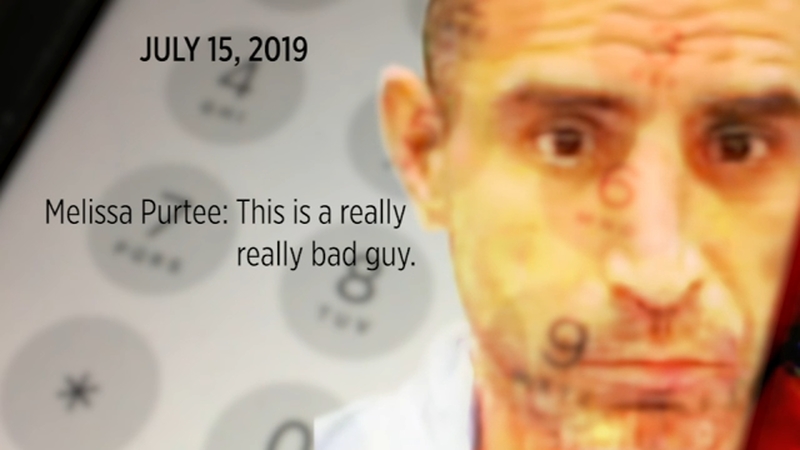 HOUSTON, Texas (KTRK) -- It can't be easy to live in fear of an ex, out of prison, accused of yet another violent crime and on the run for two years. But that was Melissa Purtee's reality, even before her former boyfriend, Robert Solis, allegedly shot Deputy Sandeep Dhaliwal. She was determined to keep her kids safe.

Calls she made to the Fort Bend Sheriff's Office show the desperation, but not a clear path to help her situation.

Purtee spoke with ABC13 Monday to explain what she did to try and get Solis back inside a Texas prison.

"I called because I wanted. He needed to go back," she told us.

Purtee shared two children with Robert Solis. Purtee claims she tried for years, starting in 2016, to get him put back in jail. She claims she called his parole officer, Houston police, Crime Stoppers and the Fort Bend County Sheriff's Office.

Crime Stoppers of Houston showed no record of tips on Solis.

Purtee turned down our request for a second interview to help clarify the issue.

Texas Department of Criminal Justice had the most emphatic response, telling 13 Investigates it had "no contact with anyone about Solis" since 2016.

The record with the Fort Bend Sheriff's Office is clearer. That agency turned over two calls to ABC13. One was made on July 12, 2019, while the other was made three days later.

On the first call, Purtee asks to speak with an officer, but the Warrants Division was closed. She was instead directed to Fort Bend Crime Stoppers.

On the second, longer call, three days later, Purtee explained her adult son, who has a mental illness, was living with Solis and feared for his safety.

"This is a really, really bad guy," Purtee told a call taker, "I want the guy to go back to prison."

The calls make clear she was nervous Solis would take off with her son if he knew she was reporting him.

When the call taker offered to send a deputy to knock on his door to perform a "welfare check" on the son, Purtee declines.

"I can't, I can't do that because if I do note that we're looking for him and he'll take my son and run off somewhere. Okay. Can you guys just put in somehow, like give you a tip to where he's at? Because he's wanted, and he needs to go back to prison," Purtee states.

While Purtee claimed he was at his sister's house in the Mission Bend subdivision, she didn't know the address and the dispatcher never asked for the sister's name to track it down. The Fort Bend County Sheriff's Office admits the call taker could've done so, but didn't.

Two and a half months later, Solis was pulled over in northwest Harris County by Deputy Sandeep Dhaliwal. Solis knew there was a warrant for his arrest. Dhaliwal didn't.

The unfortunate reality is that parole violators aren't uncommon and reports of their whereabouts may not be either. Across Texas, there are as many as 7,000 open parole violation warrants at any given time.