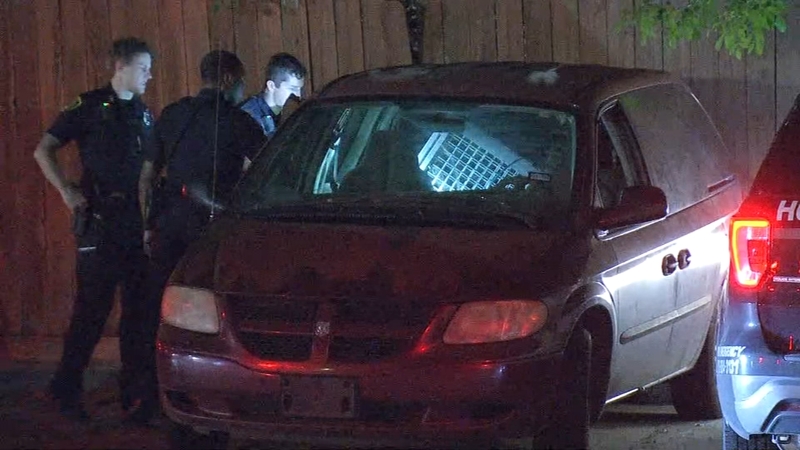 HOUSTON, Texas (KTRK) -- Authorities are investigating after a Best Buy was broken into and damaged Wednesday morning.

Houston police responded to a robbery call at the Best Buy on Richmond around 2 a.m.

Police say multiple men pried the doors open of the electronics store and allegedly used a stolen minivan to ram through the security doors.

Once inside, police say the men took an entire case of phones and fled the scene.

Houston police were able to track the stolen merchandise, and found the stolen van in a parking space at an apartment complex about 10 miles from the Best Buy. The case was still in the van when officers arrived, officials say.

Police say four men were arrested for the robbery.