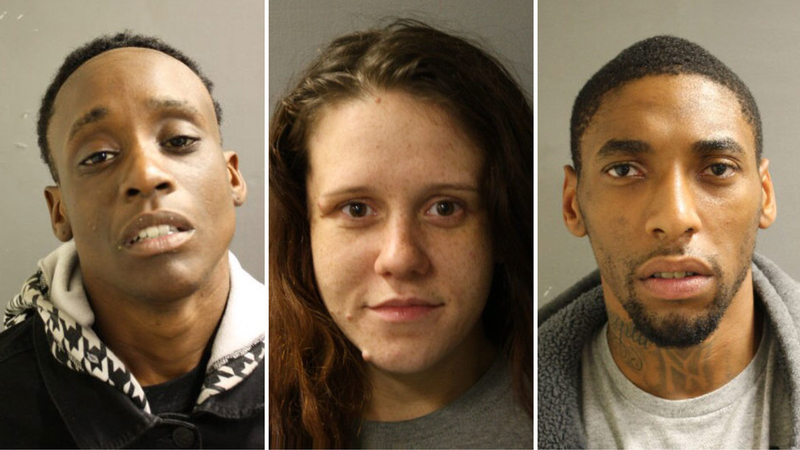 HOUSTON, Texas (KTRK) -- A trio of suspected carjackers is behind bars after being accused of forcing a man to take money out of his bank account.

Investigators with the Harris County Precinct 4 Constable's Office said it all began when a man and two women jumped into the victim's car on Ella and Kuykendahl yesterday.

The victim was forced to drive to several ATMs to take out money for the suspects, deputy constables said.

Once the suspects were satisfied, investigators said the victim was forced to drive to a nearby apartment complex where he was released.

All three are charged with robbery and are being held on a $20,000 bond at the Harris County Jail.