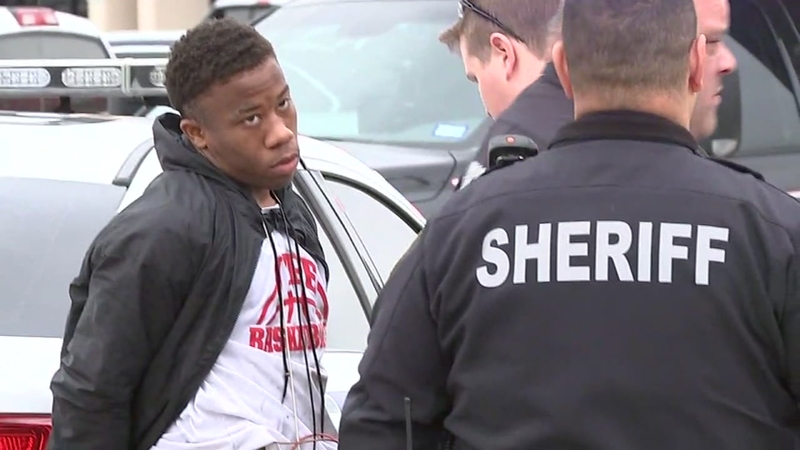 HOUSTON, Texas (KTRK) -- Deputies say three suspects wanted in an attempted robbery at a cafe in northwest Harris County are in custody.

Officials tell Eyewitness News the three men went into the business and tried to rob it. One of the suspects pointed a gun at the clerk's head and demanded he open the safe.

The cafe owner managed to wrestle the gun away from the suspect and fired it inside the store. A bullet shattered the front door of the business. No one was hurt.

Exclusive surveillance video shows a clerk wrestling a gun away from a robber at a cafe.

The suspects took off, launching a search in a nearby neighborhood, where it was believed they may have escaped to. A Harris County Sheriff's Office helicopter was spotted over the area and several deputy constable cars were seen on Walters Road earlier during the initial search.