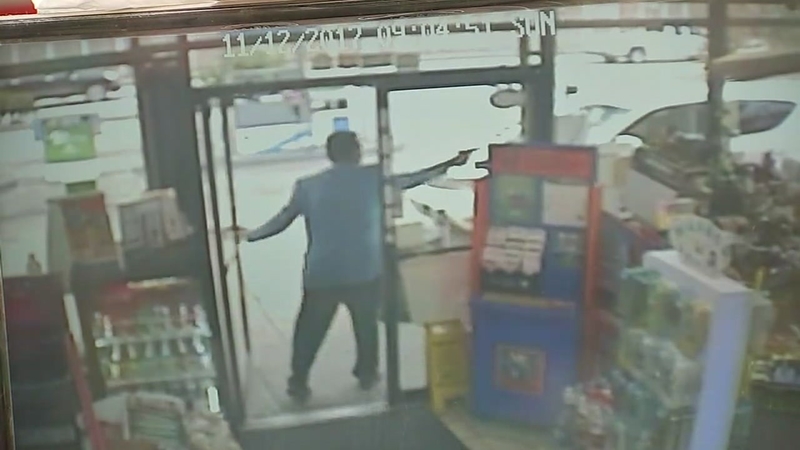 HOUSTON (KTRK) -- A North Freeway gas station owner was making coffee inside his store this morning, when a pair of would-be robbers ran inside. Moments later, there was gunfire, and it wasn't one-sided.

Mohammed Kahloon was struck as many as eight times in his left arm, according to his family. Kahloon is right-handed, and he always wears a pistol on the job. No customers were inside the store at the time and another employee sought safety in a back room. The shooting was recorded on the store's security video.

Kahloon drew his gun and fired back, according to police, striking at least one of the suspects. He drove away, but only for a block, before he crashed his car. He was dead when police arrived.

As many as three people were involved in the robbery, according to Houston police. Two vehicles entered the gas station parking lot, one following the other. Both left after the shooting.

Kahloon called police and his family to tell them he had been shot. There were robberies at the Chevron station before, but none involved gunfire, according to the family.

Kahloon remains hospitalized at a medical center hospital, where he's expected to undergo surgery on his arm.

When asked if the robbers took anything, a relative said no, but added, "They did take some bullets with them."