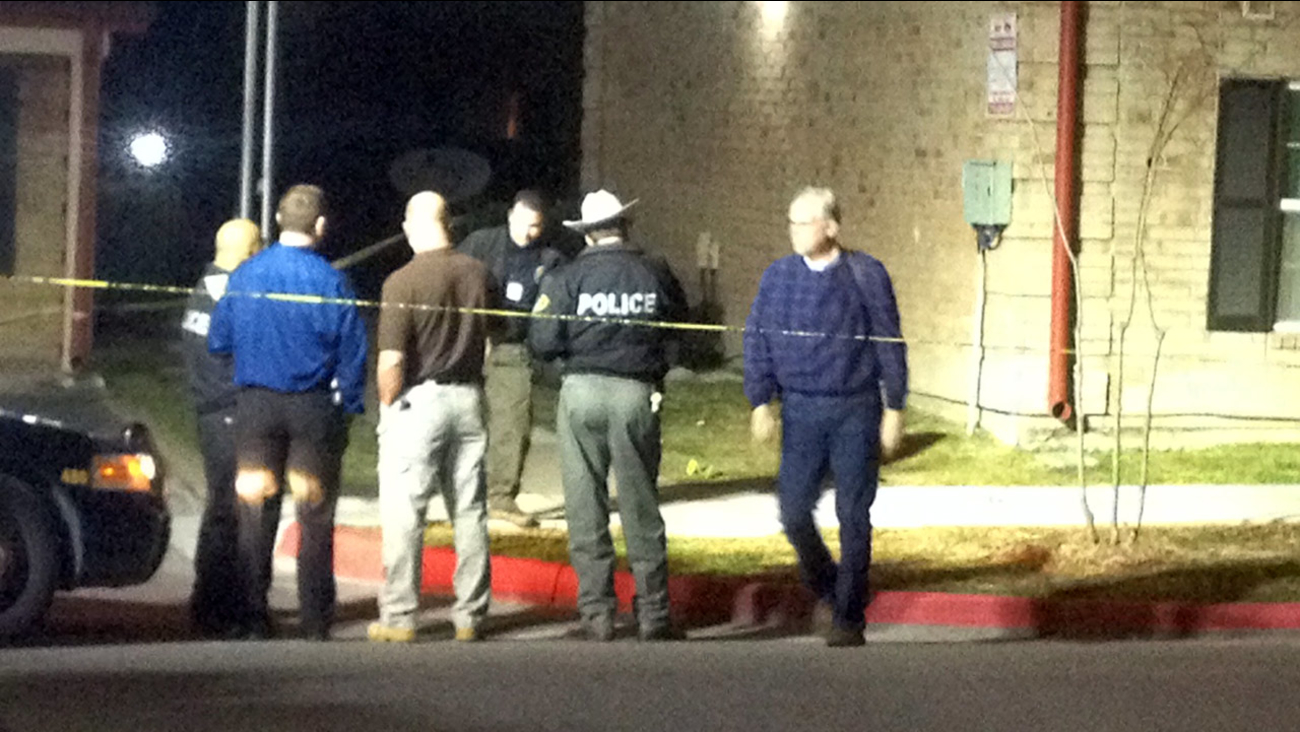 KTRK
HUMBLE, TX (KTRK) -- An Humble police officer opened fire on a robbery suspect who tried to shoot him first.

Around 8:41pm last night, tow uniformed officers were working a security job in the 600 block of Wilson Road. The officers heard gunshots and saw two men shooting at each other, which they believe may have been a robbery in progress

As officers approached the two men, they both ran in different directions. The officers split up and ran after each shooter.

Emergency crews airlifted the wounded suspect to Hermann hospital. Medics treated and released the officer at the scene for minor injuries.

The second gunman was taken into custody for questioning.