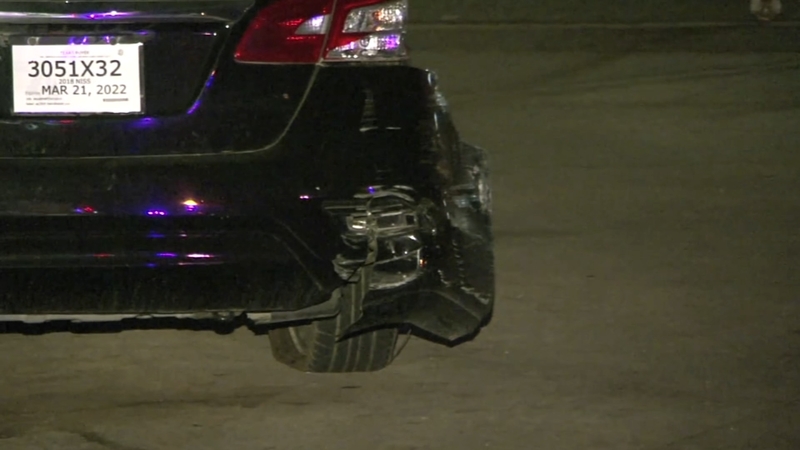 HOUSTON, Texas (KTRK) -- Houston police are looking for the gunman who shot a woman at a southwest Houston elementary school while she was trying to meet to buy a car.

The shooting happened around midnight outside Montgomery Elementary School on Simsbrook Drive, according to Houston police.

Police believe the shooting was a set up.

Investigators said the woman and a man went to the school to meet up with someone to buy a car from them.

That's when police said three men approached the pair on foot and tried to rob them. HPD believes the men intended to either steal the money they brought to purchase the car with, or the car the victims drove to the meetup.

Fortunately, the man who drove the woman to the meetup was able to think quick on his feet.

The male driver put the car in reverse and tried to speed away, backing into a pole in the process. Video from the scene shows the damage to the car.

As he put the car into drive and sped off, police said one of the suspects fired shots into the car.

The woman was shot in the shoulder. The driver took her to HFD Fire Station 47 on Tidewater Drive for medical help.

Investigators said the woman is expected to survive.

"All we know right now is that there were probably three or four Black males, on foot with pistols, all wearing black hoodies," Lt. R.Willkens said. "Over close to, I believe it was Montgomery Elementary School. So, officers are looking in the area, trying to see what we can find right now."

When you're doing a transaction to either buy or sell something to someone you don't know, HPD says it's best to meet at a police substation.