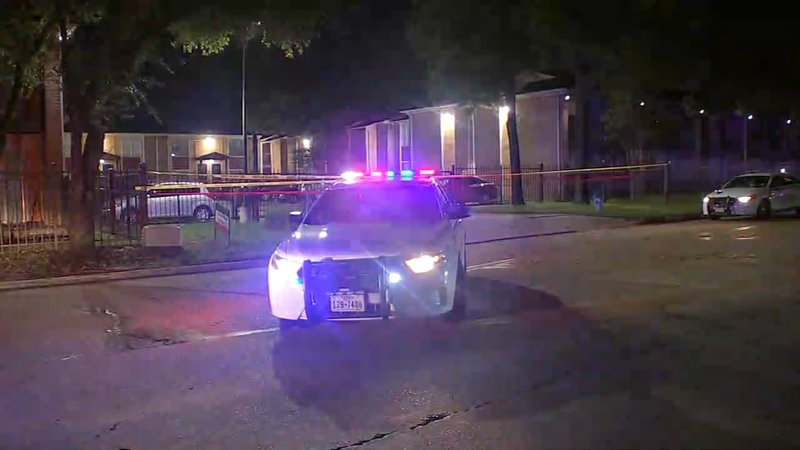 HOUSTON, Texas (KTRK) -- A robbery suspect is dead, his victim is wounded in the leg and the search is on for a second suspect in north Harris County.

According to deputies, the victim was getting out of his car on Trevor Way near Parramatta Lane when was approached by two men.

Deputies say the men were trying to rob the victim when one of them was shot and killed early Tuesday morning.

Update on shooting off of Trevor Way. Suspect apparently trying to rob a person was shot and killed. The robbery victim was also shot the leg he’s going to be OK. The search is on for a second suspect who got away. pic.twitter.com/oXuaJdM6oQ

"It appears he is aware and that's why he was ready with his own firearm," said Ruben Martinez with the Harris County Sheriff's Office.

Deputies say the robbery victim was also shot in the leg, but he went to the hospital and is expected to be OK.