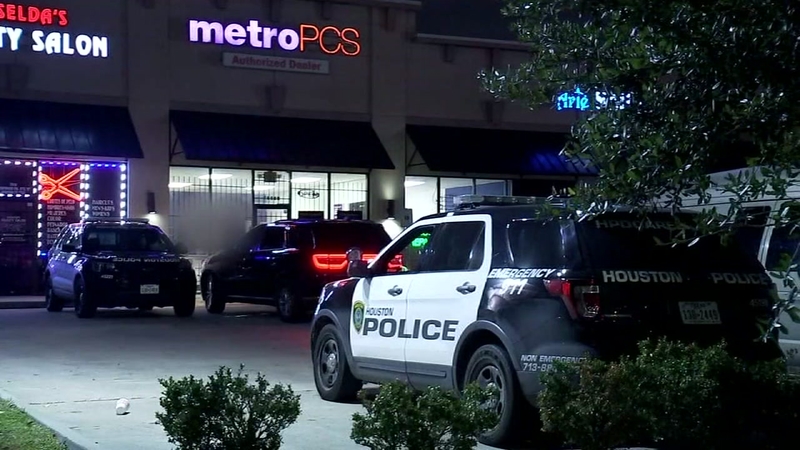 According to Houston police, the robbery took place in the 7600 block of Kempwood, where three of the suspects entered the store wearing hoodies and took more than $100 and new cell phones before taking off.

Shortly after the robbery, police say they spotted the suspected vehicle and recognized it from previous crimes.

Police began chasing the vehicle and cornered the suspects at Westcott near Memorial, where they began ramming into the patrol car. They were later arrested.

During the arrest, police recovered a handgun.

The suspects are believed to be between the ages of 14 and 22 years old.

All six suspects have been charged with aggravated robbery, but more charges could follow.

Follow Mayra Moreno on Facebook and Twitter.
Report a correction or typo
Related topics:
houstonpolice chasecrimerobbery
Copyright © 2021 KTRK-TV. All Rights Reserved.
TOP STORIES
Arrest made in case of Alvin abduction, sexual assault of a minor
20-year-old shot to death during break-in of Conroe home, police say
Man accused of dismembering mom's body after murder appears in court
Houston Astros on pace for record beer year
Astros Game 6 guide: Closures around Minute Maid Park back on tonight
The University of St. Thomas offers low-cost counseling services
JJ Watt on Texans: 'It hurts me to see where' fan base is now
Show More
More truck drivers needed to assist with US' supply chain shortage
Don't get stuck in these traffic closures this weekend
Warrant: Baldwin didn't know weapon contained live round
Prop guns: What they are and how they can kill
4 teens accused of luring victim to his death in SE Houston
More TOP STORIES News