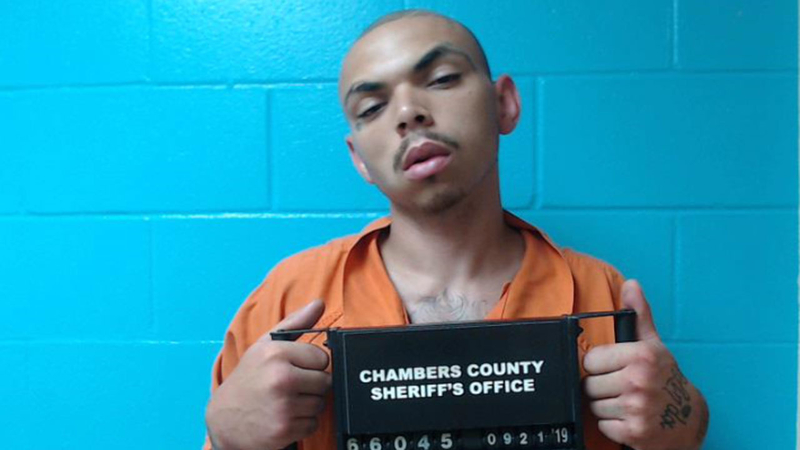 Man accused of holding Imelda evacuee at gunpoint in Winnie

WINNIE, Texas (KTRK) -- A man has been charged after authorities say he held a flood victim at gunpoint at a hotel in Winnie.

Chambers County Sheriff's Deputies responded to reports of an aggravated robbery early Saturday off I-10.

Authorities learned that a victim whose home was flooded during Tropical Storm Imelda was staying at a hotel with his family, according to a statement from Sheriff Brian Hawthorne.

The victim told authorities that the suspect, Jorden Tyler Meadows, pointed a firearm at him while in the hotel parking lot and attempted to steal his vehicle, according to the statement.

When Meadows realized the vehicle would not start, he reportedly threatened to kill the victim and held him against his will.

Meadows is accused of forcing the victim to steal a second vehicle. While walking toward a separate parking lot, the victim ran to witnesses who were standing outside of the hotel.

Deputies in the area said they found Meadows behind the hotel.

Meadows was charged with aggravated robbery, aggravated kidnapping, and burglary of a vehicle.