Armed gang accused of terrorizing and beating people at park 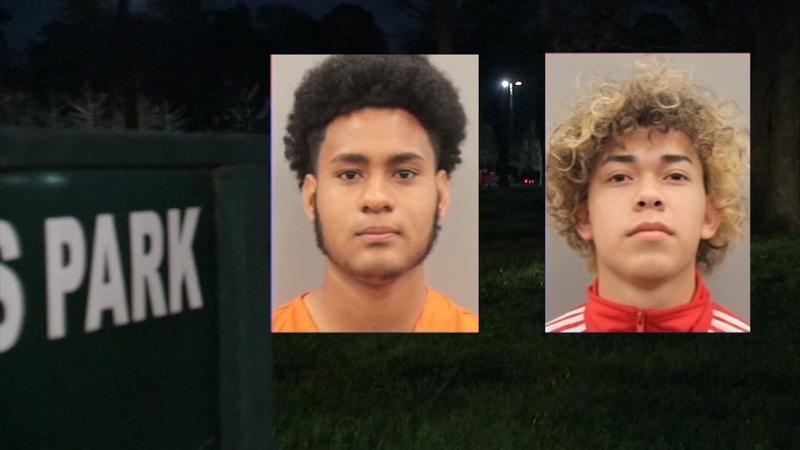 Armed gang accused of terrorizing and beating people at park

HOUSTON, Texas (KTRK) -- A gang of young men are accused of terrorizing park goers at a popular Houston park.

According to court records, Jorge Lozano, 19, Wilson Lopez, 18, and three others are accused of attacking three young men about their same age at Keith Weiss Park on Feb. 5.

Armed with guns, a bat and a knife, police say they robbed them of wallets, keys and ultimately a car. One victim told ABC13, they even took his inhaler and hat. He said one victim was pistol-whipped more than 20 times. A third was beaten with a bat.

Keith Weiss Park on Aldine Westfield is a popular green space in northeast Houston that is known for its beautiful walking trails and tall trees.

Lopez and Lozano are in jail charged with aggravated robbery with a deadly weapon as well as engaging in organized criminal activity, accusing them of operating as a gang for profit.

The Harris County District Attorney's Office requested high bonds because they allegedly robbed more than one person in a violent manner. The two will face a judge again Feb. 24.