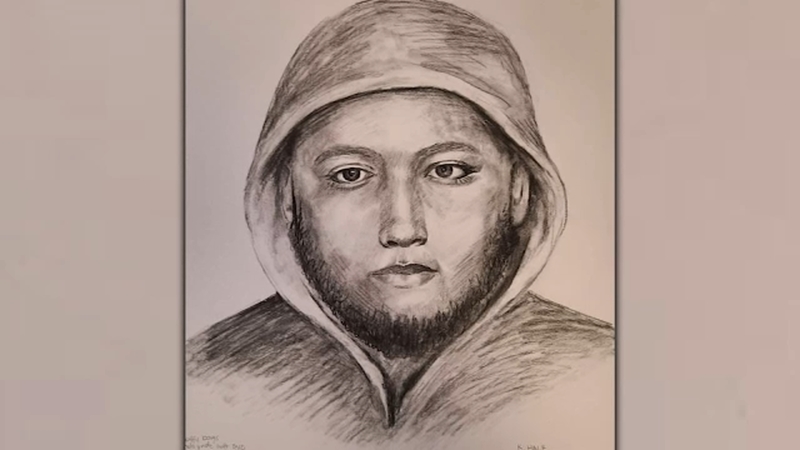 HOUSTON, Texas (KTRK) -- Authorities have released a sketch of the suspect, who they believe broke into a house where a mother and daughter were sleeping in northwest Houston last month.

Police said that on April 22 at about 8:05 a.m., someone broke into the home located in the 2000 block of Harland Drive.

Officials believe the suspect was able to enter the house by damaging a doorframe.

According to the mother, the suspect entered her room while pointing a handgun at her as she was still lying in bed. The mother said the man began demanding her cell phone.

Soon after, the robber took her cell phone and walked out of the bedroom. The woman said she could hear the suspect talking to another man.

That's when the mother got out of her bed in an attempt to grab her gun from a nearby closet.

As she walked to the closet, the suspect came back and struck her in the head with his gun. A brief struggle between the mom and the suspect occurred before the daughter tried to intervene.

Police said during the struggle, either the mom or the daughter was able to take his face mask off before he fled the scene.

The suspect was able to get away with the mom's cell phone.

According to witnesses, a second man was somehow involved. Police describe him as a white or Hispanic man, around the same age range, standing 5'8" to 6'1". He was also reportedly 150 to 180 pounds, wearing a gray hoodie, black pants, black shoes, and black gloves with a black handgun with a possible extended magazine.